In this article, Pat Brown gives a step-by-step process of making room measurements in an exhibition hall where signal-to-Noise ratio was a problem.

In June, 2011 I presented some measurements made at the Sunrise Auditorium in Sao Paulo, Brazil. Here’s the link. We were at the same hotel for AES Brazil 2012 last month.

There is a partially enclosed exhibition hall adjoining a large auditorium. It served as the trade show floor for AES 2011. Always on the lookout for interesting rooms to measure, the space caught my eye because:

The floor is ceramic tile and the walls are either glass or concrete. One-half has a concrete ceiling and the other half has a tent (fabric) ceiling. Here’s a Sketchup drawing with dimensions (click to enlarge). 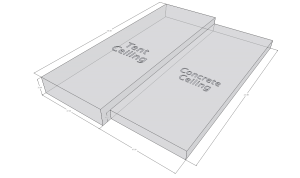 At the time there was an ongoing discussion on the SynAudCon Forum regarding the appropriate absorption coefficient for modeling a tent. Here’s the thread. The exhibition hall could provide some objective data for determining this, since the only major difference between the two halves of the hall is the ceiling. 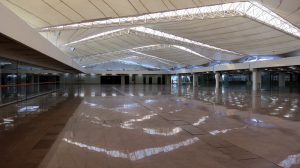 Photo 1: The “tent ceiling” side of the room (click to enlarge). 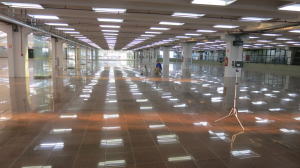 Photo 2: The “concrete ceiling” side of the room (click to enlarge).

A big obstacle to making measurements in this space is that it is open to the outside in portions of the tent ceiling half. This has two effects:

1. The openings yield very high absorption, since the sound leaves and doesn’t return.

2. The openings allow the outside noise to come in. In this case there was ongoing construction with heavy equipment just outside the building. There were also buses coming, going and idling to serve the hotel.

In short, it was horrifically noisy for making measurements. This suggests that one should either return when it is quiet, use a very robust signal source, or use a measurement method with high noise immunity. 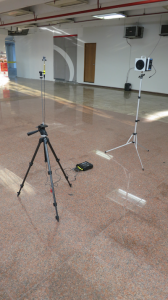 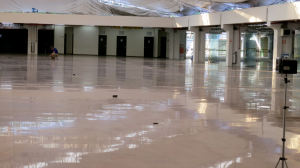 The only source I had available was an NTI Talkbox. It is a loudspeaker designed to emulate a human talker, used primarily for speech intelligibility testing. The SPL is fixed at about 60 dB-SPL at 1 m. It has an internal amplifier and signal processing, and plays WAV files from a compact flash card. It is also battery-powered, a big plus when you need a quick setup and tear down. I augmented the included test tracks with a 14-second log sine sweep for use in making room measurements. The sweep is high-passed at 80 Hz, since the bandwidth of the Talkbox is 100 Hz to 10 kHz (+/- 1 dB).

I set the Talkbox to auto-repeat the sweep, and made recordings at pre-selected measurement positions. To divide and conquer, I (mentally) divided the room into two rooms – one with the tent ceiling and the other with the concrete ceiling. I generally use the same routine for doing a general room survey.

2. Select some on-axis measurement positions. The first position selected is the longest distance from the loudspeaker. In this case that was 160 ft from the Talkbox. This is halved successively until I am close to the source, which produced additional test positions at 80 ft., 40 ft., and 20 ft. Note that these are logarithmically related, which yields a somewhat predictable relationship between the direct-to-reverberant ratio between them.

3. Record the sweep at each position. The recording can be mono, stereo, binaural or whatever. I used a Tetramic and a four channel recorder that after processing produces B-Format room impulse responses.

Here’s a recording describing the session. I like to do this verbally on-site while the details are fresh on my mind.

Here’s a recording of the raw sweep at TP4 (160 ft) on the tent side. This will give you an idea of the signal-to-noise ratio.

Here’s the 40 ft. RIR for the tent ceiling side of the room. The first file is the raw RIR. The second is the RIR convolved with speech.

Here’s the 40 ft. RIR for the concrete ceiling side of the room. The first file is the raw RIR. The second is the RIR convolved with speech.

The RIRs for all measurement positions are available for download from the SynAudCon IR Exchange – Project #48. Both XY Stereo and B-Format versions are included. You can open the XY Stereo versions in your favorite measurement application to determine the acoustic measures (reverberation time, clarity, STI, etc.). You can convolve them with anechoic sound files using the freeware GratisVolver.

Use B-Format for Versatile Storage and Processing

My preferred format for storage and analysis is B-Format. These are 4-channel WAV files that can be opened and processed with ReflPhinder. With ReflPhinder you can:

– Rotate an ultra-directional “Sector Mic” about the measurement position and convolve to listen. The log-squared RIR is updated in real-time so that you can see what you are listening to. This is where the program gets its name. 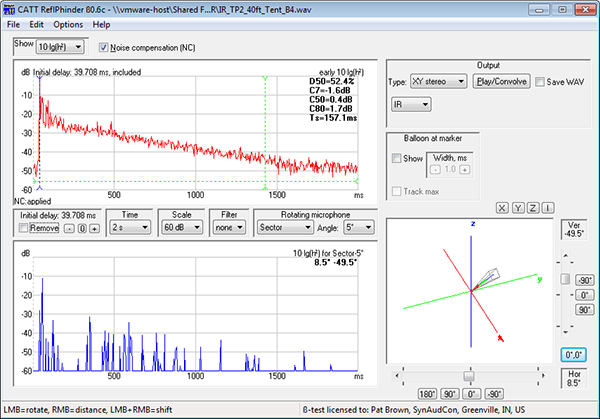 Figure 1: ReflPhinder display of test position 2 with the Sector Mic (lower right) aimed at the ceiling.

The Tale of the “Tail”

The RIRs for all measurement distances were adequate for determining the major acoustic measures. That’s pretty amazing when you consider that the room was very noisy, and the acoustic output of the Talkbox is about that of a human talker. The credit goes to the log-sine sweep, whose low crest factor produces the maximum possible energy into the room given the amplitude limitations of the Talkbox. The signal-to-noise requirements for convolution are more stringent than for analysis. I suggest a SNR of 60 dB or higher to avoid audible artifacts in the reverberant tail. These are clearly audible at the longer measurement distances, but with a little practice you can train your shoulder-mounted two-channel processor to ignore them.

If I were designing a sound system for this space, I would used this measured data to qualify my room model. Once the wireframe is constructed, you can place the Talkbox loudspeaker data file into the model, along with the physical measurement positions used. The absorption and scattering data can be tweaked for general correlation between the measured and predicted responses. Once the model is qualified, you now have a virtual environment for trying out your loudspeaker selection and placement idea.  pb