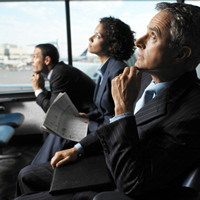 Last month we announced the Emergency Communication System Speech Intelligibility Workshop (ECSSIW) to be held in January 2013. Here’s an update on how the event is shaping up.

– We’ve just returned from a site visit to the American Airlines Training and Conference Center. Brenda met with the staff to work out logistical details. I sized up the AV capabilities in the auditorium, and built a Sketchup model of the atrium – the airport terminal mockup where the demos will be held. Here are some picts of the terminal.

– We are renting a facility to perform an STI study/comparison of various loudspeaker types used for emergency communication systems. The devices will include:

The room is large (200 ft x 100 ft x 25 ft). It is a live space (RT = 2.7 sec mid-band) and has a very noisy HVAC system. In this study, I will measure the Speech Transmission Index (STI) over a grid of test positions on the floor plane. The STI measurement instruments will include:

I’ll also collect a room impulse response at each test position for convolution. This will allow the intelligibility to be assessed by listening. Workshop attendees will be able to listen to each test position through our in-ear playback system. The intent of this study is to answer the following questions:

From this study, we will formalize the live demos that will be presented during the workshop.

The Sketchup model will be imported into several room modeling programs (Bose Modeler, CATT-A, EASE, Odeon) for prediction of the STI of the demo systems used in the workshop. The results will be compared to measured data to assess the correlation between predicted and measured system performance.

We and the workshop staff are working hard to make this the finest speech intelligibility training event ever held. Space is limited, so don’t wait too long to sign up.    pb 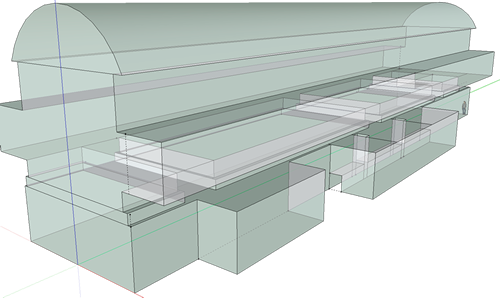