This article models four possible tweeter placements in two-way loudspeakers and why the difference placements matter.

Two-way loudspeakers dominate the audio landscape, in both the consumer and professional markets. Since they must often fit in tight spots, compactness of design is a plus. There are typically three items that must fit on the loudspeaker baffle – the woofer, the tweeter and a port. There are at least four ways to position the components for a two-way loudspeaker.

I’ll evaluate four possible tweeter placements, by presenting the measured radiation balloon nearest the crossover frequency. This is the frequency range where both the woofer and tweeter are talking, and where phase interference and subsequent lobing in the response would be expected. This is because sound in the same frequency range is coming from two points in space. The “horizontal polar” is one slice through this balloon from side to side. The “vertical polar” is one slice through the balloon from top to bottom (Figure 1). I’ve presented the balloon for four possible tweeter placements, seen from the perspective of an on-axis listener looking straight into the loudspeaker. Only the balloon near crossover is shown. Lobing is not an issue outside of the crossover region, where either the woofer or tweeter is talking, but not both. 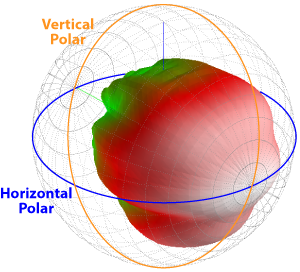 Figure 1 shows a two-way loudspeaker, with the most popular tweeter placement. The woofer and tweeter share the same vertical center-line. Lobing is expected due to the offset design, and this loudspeaker does not disappoint. The crossover network is usually designed to make the lobes symmetrical above and below the listening plane, and to assure that a null does not land on-axis. This reduces tonal coloration for a listener seated on-axis, such as a mix engineer in a studio or the “sweet spot” in a home theater system (e.g., my chair). Even though there is lobing, the frequency response should be free of interference across the horizontal listening plane. It is generally not a good idea to rotate this box by 90 degrees, as this puts the interference in the horizontal plane, resulting in tonal changes between side-by-side listener positions. 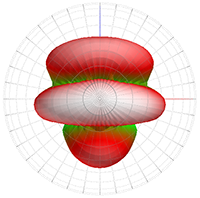 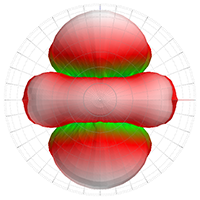 Figure 3 shows a two-way loudspeaker with the tweeter moved to the side. This is sometimes done to provide space for the port. The lobing is present as expected, but what might be surprising is that it is tilted, or skewed due to the offset tweeter. This configuration will exhibit lobing in both the horizontal and vertical planes. 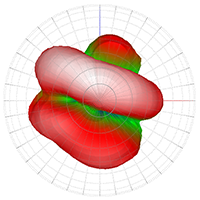 Figure 4 shows a two-way loudspeaker with a coaxial tweeter. There is no lobing in the response, in either the horizontal or vertical planes. 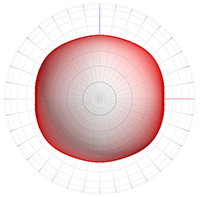 Why Does It Matter?

Well, for an axial listener, it doesn’t. All of these designs can have a very flat axial frequency response, free of phase interference. If you are loudspeaker shopping (either by listening or by looking at a plot of the loudspeaker’s sensitivity) by only considering the axial response, they may all look and sound alike. But, there will be significant differences in the off-axis response for each design.

It is important to note that the response anomalies caused by offset sources cannot be corrected by signal processing. Adding signal delay can move the lobes around, but they still exist. We can do some amazing things with modern digital signal processing, but we can’t use it to reposition a tweeter. Think about it.

Last week I ran the “auto EQ” routine built into my hi-fi receiver. It actually worked pretty well, because the room is dead, the loudspeaker placement diminishes very early reflections, and the coaxial design means that there are no response notches in the horizontal plane that could fool the EQ. I used three seats for the average – on-axis, and a few feet left and right of on-axis. It sounded good, and a spot check with a hand-held real-time spectrum analyzer confirmed a very flat response.

An offset tweeter design would really throw the auto-EQ a curve ball, and one would need to check to make sure that it didn’t do something wacky with the EQ because of the uneven coverage. In this case, I would only take some averages in the plane that is free of interference. Alternately, I would avoid applying EQ filters in the crossover region.

On a side note, kudos to Andrew Smith and his “Surround Generator” built into the AudioToolsTM software for iOS. I found it most useful for setting up my system, as it saved me a lot of time and trouble trying to get the proper signal from each of the 5.1 playback channels. pb