In this article, Pat Brown presents some variables that often presents itself when presetting the mixer’s input gain.

Both analog and digital mixing consoles have an input gain control ahead of the channel fader. Its job is to scale the input signal to an appropriate level. Its setting is source-dependent, which means that proper setting requires a sound check that includes the vocalist and their respective microphone. There are three variables in play:

It’s not always possible to set the input gain in advance, but there is a simple method for “ball parking” the setting without the “talent” being present. I use a small, battery-powered loudspeaker with internal pink noise source (Fig. 1). 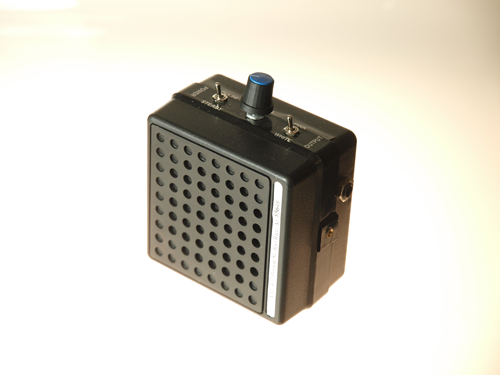 1. Place the vocal mic against the grill of the reference source (Fig. 3).

2. Set the channel fader and main fader to the desired setting (usually at or near “zero”).

3. Adjust the input gain of the mixer channel to a strong reading on the mixer’s main meter, allowing some “summing room” for the other channels that will be added to the mix (about 10 dB is usually sufficient for mixes of 12 channels or less).

4. Repeat for the other vocal microphones. 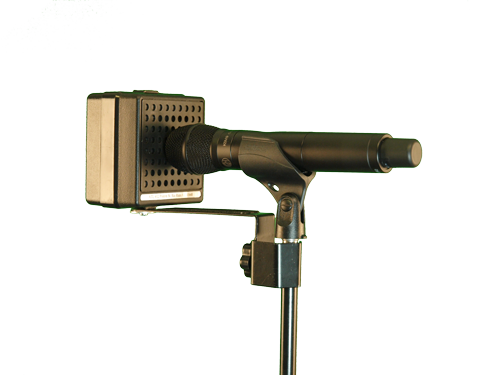 Fig. 3 – I mounted the NG-1 on a bracket to allow clamping to the microphone stand.

I now have the input gain “roughed in” for a raised-voice talker with their lips against the mic. Now, we all know that the level presented by the talent will be different than this. If their level is lower, advance the input gain a bit to compensate. If their level is stronger, reduce it a bit. Since a reference has been set, the input gain is compensating for the difference between “raised-voice” and “actual.” This is much faster and less obvious than starting from scratch with a dead microphone. This technique is especially useful for wireless mics, since there are gain structure considerations ahead of the mixer.

I recently mixed for a local school play that used a pool of wireless mics of differing brands and types. Here is what I did to setup each microphone.

1. Place the microphone against the grill of the reference source.

2. Adjust the transmitter to produce the desired signal level at the receiver (yellow on the receiver’s meter) (Fig. 4).

3. Adjust the mixer’s input gain as described above.

4. Repeat for each wireless microphone.

Fig. 4 – With 100 dBA-Slow at the microphone, I adjusted the transmitter level to an optimal level on the receiver (Shure ULX-D).

To finish the system gain structure, I played a music track to “meter zero” on the console and adjusted the amplifier levels (in this case, powered loudspeakers) for the desired SPL in the house. Remember that meter zero is approximately what the multiple channels will sum to with all mics in use.

Of course, there are other ways to get there, but getting levels in the ballpark using a reference acoustic source greatly simplifies system setup. pb