This article addresses this question.  Should a wireless microphone system be use in the test and measurement process?

Recently someone who had attended the OptEQ Workshop emailed to ask about using an analog wireless mic he had available for test and measurement, such as the links he had seen in use during the workshop. 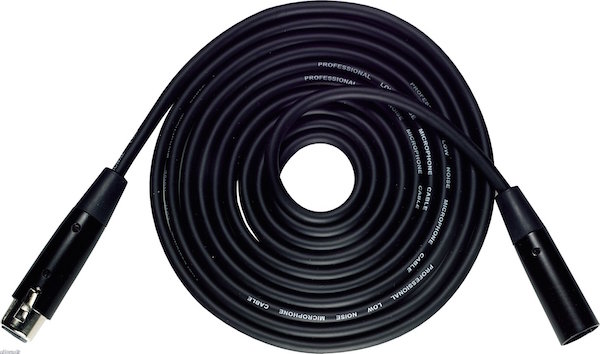 So what makes wireless performance not as good as that of a cable?

Wireless mics operate at very low RF transmit power levels (typically 5 to 50 mW) and as a result the audio signal to noise ratio is not very high. Analog wireless mics use “companding” to improve the apparent S/N by compressing the signal in the transmitter to reduce its dynamic range, and then doing a precisely matched expansion of the signal in the receiver. This does not actually improve the S/N, but it fools the ear into thinking the S/N is better.

How well companding does at fooling the ear depends very much on the program material, how complex a companding scheme is used, and how well matched the companding parameters are to the characteristics of the program material. Most companders used in wireless mics have been optimized for voice and may not work as well with certain instruments or other program material including the sweeps and noise we use for acoustic measurements.

Companding was first applied to tape recording, but the early companding schemes were not widely accepted because the artifacts were often quite audible. All those early companding schemes were “single band”. In other words they applied the same compression and expansion to the entire frequency range. The first commercially successful companding scheme for tape recording was invented by Dolby and became known as the “Dolby A” companding scheme. The big difference between Dolby A and other schemes is that it divided the audio into 4 separate frequency bands, and applied independent compression and expansion to each frequency band. Even still with some sorts of program material it was possible to hear audible artifacts in the playback. For many years Dolby A was the best companding scheme available, but later Telefunken developed an improved compander that was also 4 band.

Trying to use a conventional analog wireless mic for measurements does not work well since what fools the ear will generally not fool the test software. Many years ago there was a custom made analog wireless made for measurement that did not use companding, and you had to live with the resulting poor S/N. In that case poor S/N was considered less of a problem than the compander artifacts.

With the advent of digital signal processors other approaches were tried to improve the S/N of wireless mics. Sending digital audio across a wireless link is difficult because with most encoding schemes the transmission requires too much RF bandwidth to allow it to be used in our common frequency bands used for wireless mics.

Lectrosonics came up with an interesting scheme that tries to blend the best of analog and digital transmission. They use a predictive encoder which attempts to guess what the next digital sample of the audio will be based on what came before. The output of the predictive encoder has a very low bit rate so it is easy to transmit. Since the predictive encoder is not perfect, they then take the difference between the incoming audio and what was predicted and transmit that error signal as an analog audio signal. The digital output of the predictive encoder is transmitted above the 20 kHz top of the analog difference signal. In the receiver the digital signal is used to generate the predicted audio signal, and then this is corrected by the use of the analog transmitted difference signal. The end result is not a perfect transmission, but is amazingly close to the original signal. Testing the Lectrosonics Digital Hybrid wireless against a microphone cable has with most test signals given me less than a 1 dB difference in the measured response. All the wireless systems used at the OptEQ workshop were the Lectrosonics Digital Hybrid type. 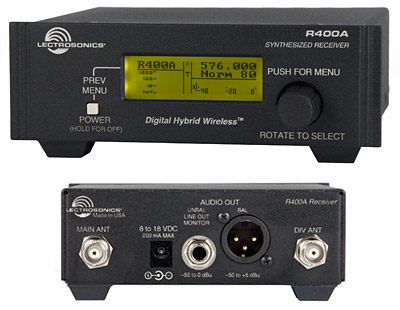 Pure digital wireless microphones typically* do not transmit the entire digital audio signal that comes out of the analog to digital converter, because as mentioned above that requires too much RF bandwidth to transmit. There are two main schemes used to reduce the required RF bandwidth. The first is to use digital bit rate reduction, similar in concept to MP3 encoding (although I do not believe MP3 is used by any of the digital wireless mics on the market). These schemes are all in concept more advanced fool the ear schemes which remove those portions of the incoming audio which the ear is unlikely to miss. The other main schemes to reduce the RF bandwidth needed involve complex encoding schemes that fit more data into less transmitted RF bandwidth. The tradeoff here besides complexity is reduced transmission range. The very complex encoding systems result in greatly reduced transmission range before the link fails. Most digital wireless systems on the market use a carefully selected blend of digital bit rate reduction with an advanced encoding scheme. Some even allow the user to select the blend used to allow a tradeoff between audio performance and the number of wireless mics that can be used in a given RF bandwidth.

While I am sure that in the future pure digital wireless systems will be used for test and measurement applications, to date most folk seem to be sticking with the Lectrosonics Digital Hybrid wireless as the current state of the art for wireless test and measurement links. The Lectrosonics Digital Hybrid model HM plug-on transmitter supplies phantom power and is compatible with all the major phantom powered test microphones on the market. 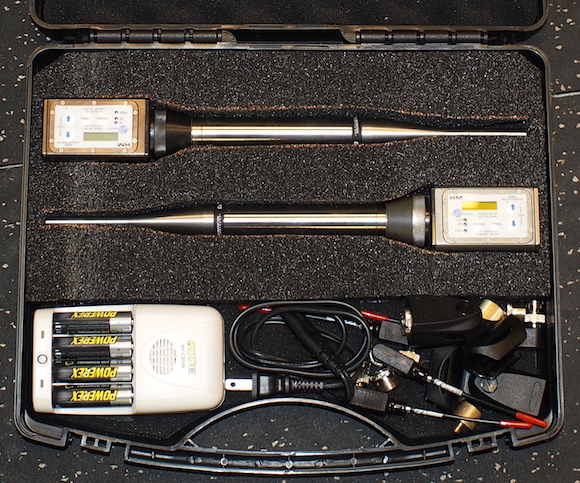 If you want to try a wireless system where the transmitter does not supply phantom power, then you will need a battery powered phantom power supply. There are many of these available of varying quality. Ones I have used which are well made are the Deneke PS-1A (single channel) or PS-2 (dual channel).

*During the Making Wireless Work Workshop it was mentioned that there was one digital wireless mic now on the market that did not use bit rate reduction, but instead used a very complex encoding scheme to fit uncompressed digital audio into the available RF bandwidth.   rr