Audio expert Peter Mapp had fun measuring a Western Electric 560 loudspeaker from 1926. Read on to learn more about this speaker and the data collected.

The photographs below show a vintage balanced-armature loudspeaker dating back to the 1920s. It belongs to an ex work colleague, who has had it stored in his attic for several decades, having been bought by his father in the 1920s. From the pictures it can be seen that the unit says ‘made in England’. Western Electric subcontracted Standard Telephones & Cables Ltd (STC) to make various products for them for the European market (mainly telephone based equipment). Although having predecessors dating back to 1883, STC itself was founded in 1926. This particular model of Western Electric loudspeaker was made between in 1924 and 1928 and so, having been made in England, this particular unit dates from between 1926 and 1928 and so is around 92-94 years old.

My colleague thought I might be interested to listen to the unit before he put it back in the attic (or on EBay). I popped round one weekend and there it was connected up to a modern hi-fi amplifier, via a matching transformer, as the unit has a high impedance, having been designed to be directly connected to the amplifier the anode circuit. I am not sure what I was expecting to hear, very limited bandwidth and lots of distortion? So I was really quite surprised to find that it actually sounded pretty reasonable, though clearly lacking high frequencies.  However, it quite happily entertained us by playing music from a popular classical music station.  The unit is a dipole, with just as much sound radiating from the rear as the front – though actually with subjectively more HF.

I could not resist it and although I had not really come prepared for a measurement session, I was able to grab a few quick responses on the fly. The signals were recorded and processed later, so I had no idea at the time what the results were.

Out of interest I also measured the response using a broadband pink noise signal, analyzed in standard, contiguous 1/3 octave bands. I then compared this to the sweep measurement by also converting this to contiguous bands. It was good to see that the two very different methods are in good agreement, as it was thought that there might be a potential difference due to distortion effects. The blue curve is for the pink noise measurement and the red for the converted sweep. 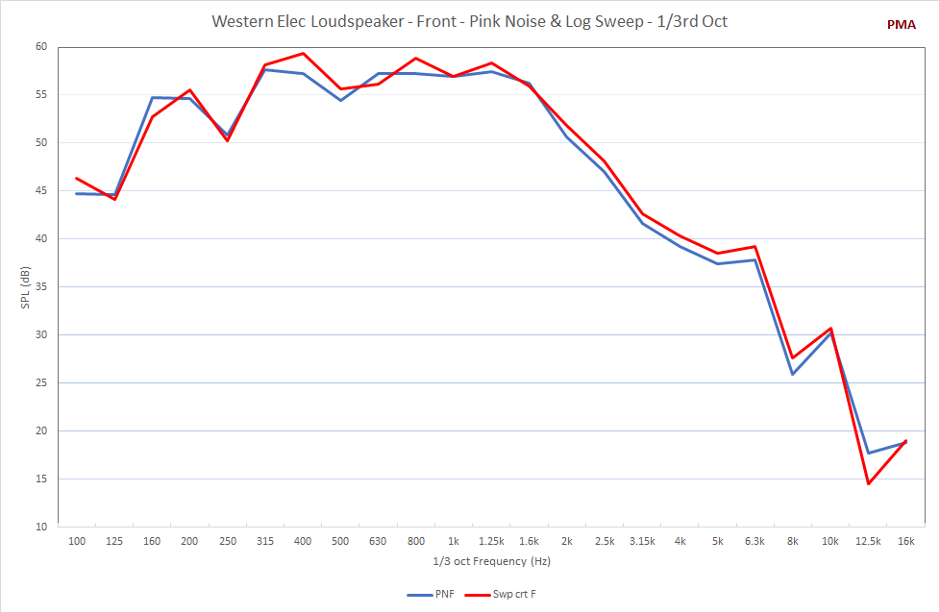 Although not measured specifically, I was also able to extract some basic distortion information from the recordings. Figure 4 shows a plot of the lower mid and mid-frequency THD and figure 5, the harmonic distortion components which show that the distortion is predominantly 2nd harmonic. 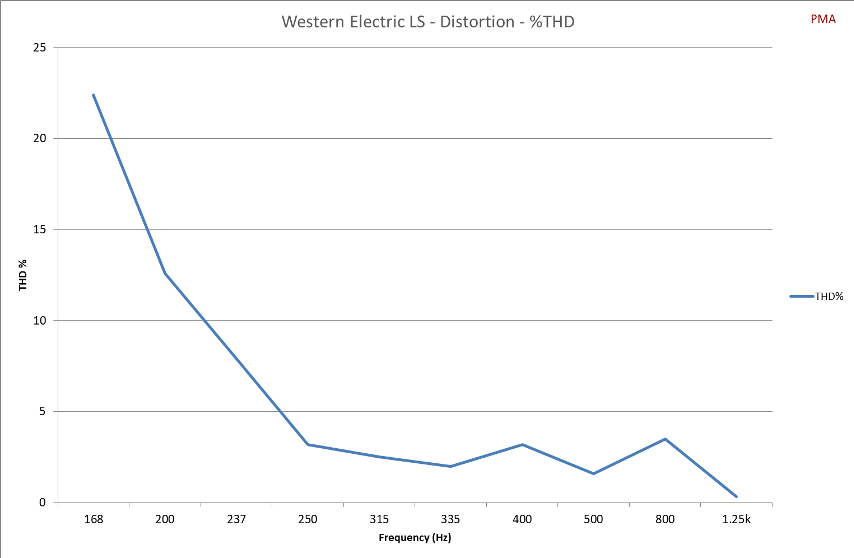 My colleague, who is now in his 80s, wondered if loudspeakers had really progressed all that much in the past 90 years. We most certainly have but I understood the point he was making. Equally, it is interesting to see just how much information can be extracted on the fly from a few simple measurements. 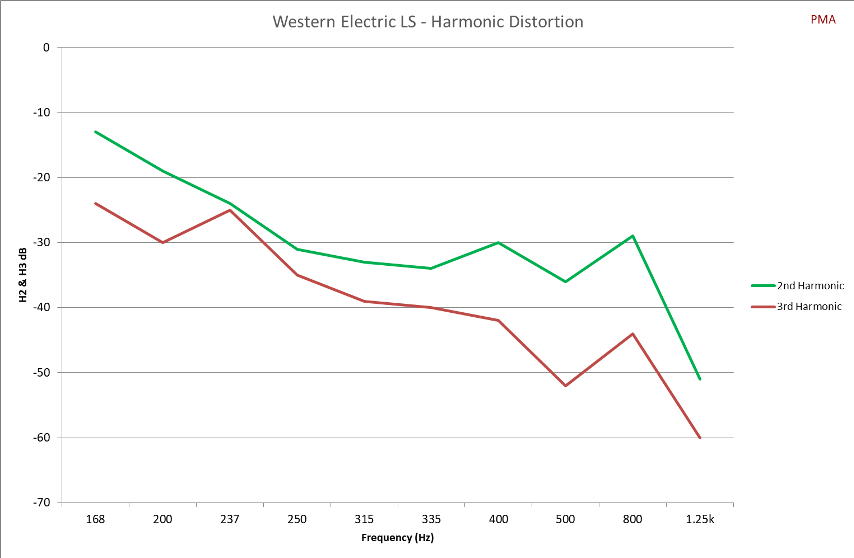 I was also interested to see how the impedance of this different loudspeaker mechanism compared to the more usual moving coil devices we are familiar with. The impedance plot is shown in figure 6. 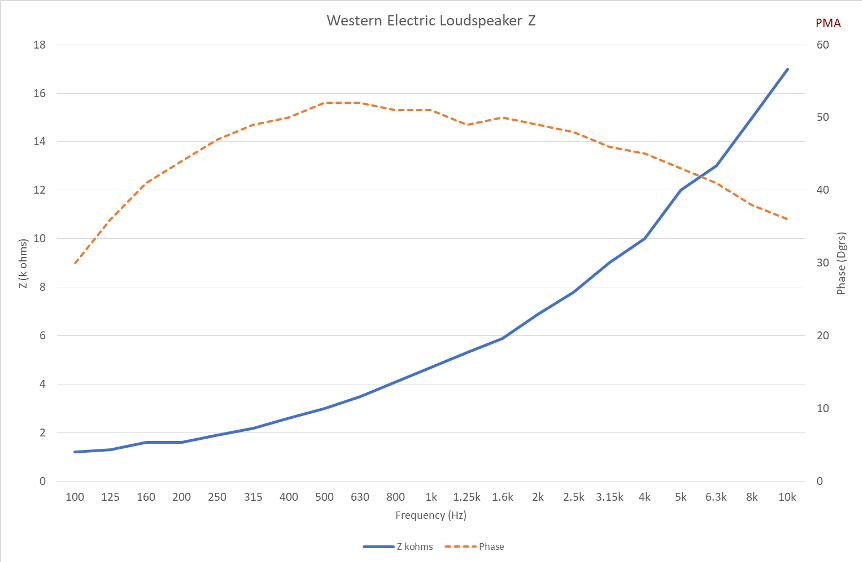 My colleague, who is now in his 80s, wondered if loudspeakers had really progressed all that much in the past 90 years. We most certainly have but I understood the point he was making. Equally, it is interesting to see just how much information can be extracted on the fly from a few simple measurements. pm