Reverberation has many misconceptions. In a clear and concise way, this article does an excellent job clarifying some common ones.

Today sound system design and tuning processes, are practically reduced and confined to just a look at the “2D world” of a transfer function screen: a little EQ for a “flat” magnitude response designed over a “target curve” and in some kind of “alignment” of some trace here or there.

So, progressively over the years and according to precise market logic, we have reduced the complexity of sound, of the reality of almost 200 years of acoustics to 12 minutes of looking at a screen.

Reverberation is something that is strictly related to the reality of rooms, something we must take into account in sound system design and tuning processes.

This article does not want to be a treatise on reverberation. There is countless information elsewhere. I would just like to focus attention on some common misunderstandings regarding this topic.

These are things that I prefer to deal with in appropriate in-person seminars and not in articles that are cauldrons of disparate topics.

Well-defined (in time and space) geometric reflections of a sound source in a room are often confused with the more complex concept of a “reverberant field.” Many believe that in every space a proper reverberant field can be defined.

Often Hopkins-Stryker or Sabine formulas or all others like these are quoted as if they were applicable in every situation.

In “Sabinian” rooms which have specific and well-defined characteristics, the reverberant field is assumed  UNIFORM, DIFFUSE, STOCHASTIC with no particular direction that can be detected (apart from circumscribed reflections and echoes, which fall into a “geometric behavior” evaluation and not a statistical one). The major room typologies with which we fight are semi-reverberant, in which the use of the aforementioned statistical formulas one must be careful.

Now follows a brief list of common misconceptions  around “reverberation.”

The reverberant sound field is dependent only upon the sound power level and is in no way directly dependent on the Q. Raising Q can allow the power level to be lowered, thus lowering the reverberant field level while maintaining the desired direct-to-reverberant ratio (quoting Don Davis). We should all learn from Don Davis’s writings that he wrote nearly 50 years ago!)

So Q and so DI are not directly correlated with both Reverb Time (RT60) or Reverberant Level (LR). It’s important to remember they are two different things. I like to achieve a low “reverberant level” in a “reverberant space” if no other options are available.

This is a picture of the analysis of two Room Impulse Responses (RIR) (courtesy of SyAudCon), gathered  in the same room, with the same signal test and two speakers of different Q: 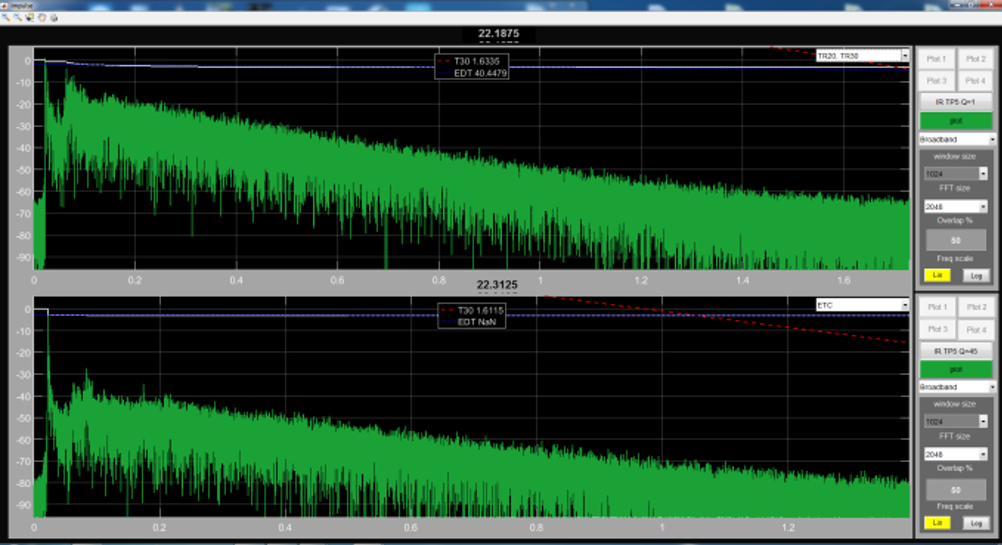 The RIR are analyzed with the software RITA, of Pepe Ferrer. As we can see  T30 does not change with Q (DI).

Also, If we look at the “practical dB form” of the Hopkins-Stryker formulas we can clearly see that DI is a direct variable only in the formula for LD (direct field level). This explains my previous assumption in reference to the level of the reverberant field, not to be confused with the reverberation time. 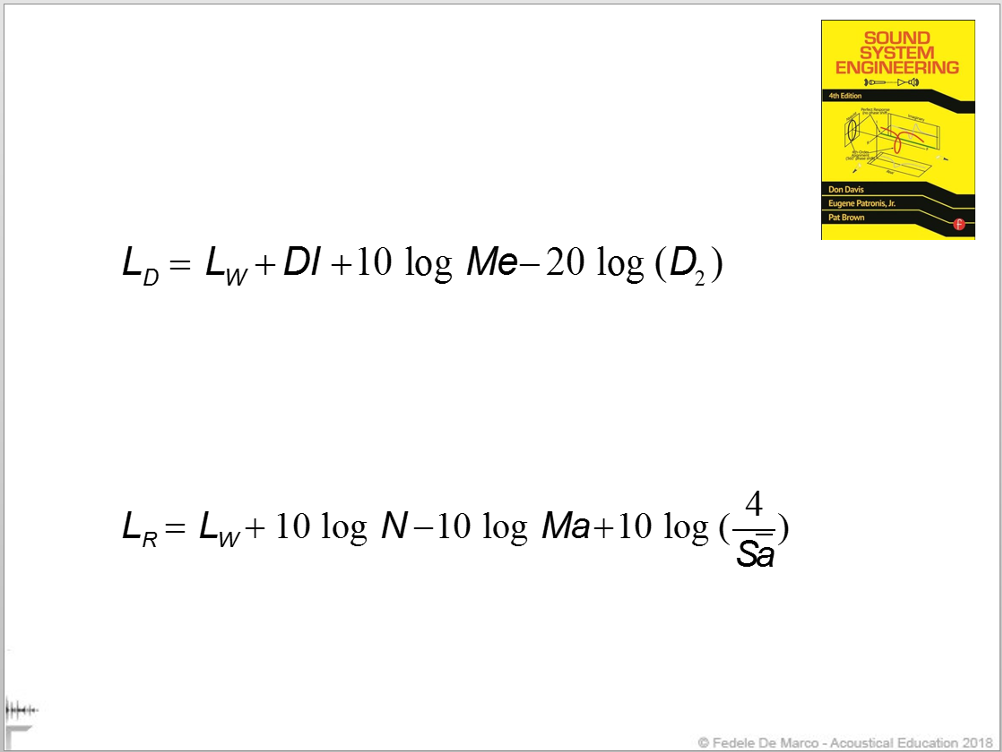 Increasing DI increases LD and extends the Critical Distance. So we must not confuse reverberation with circumscribed reflections, and so “statistics” with  “geometry.”

Allow me a further clarification. While DI does not directly the T60 and LR, it can indeed indirectly affect LR. In fact this is accounted for in the “Ma” term in the LR formula.  If the DI confines the energy to a specific area with high Sā, then the LR is reduced because the effectiveness of Sā is increased over randomly scattered Sā.

Misconception #2 – “Raising the level of the loudspeaker increases D/R”

Look again at the HOPKINS-STRYKER formulas: 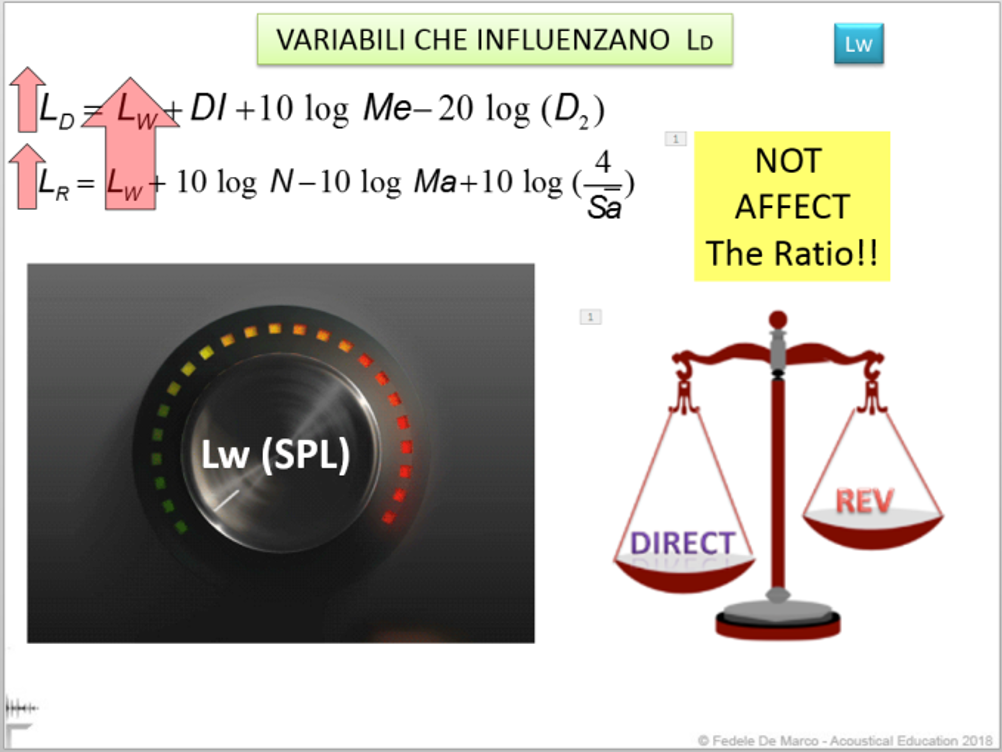 Fig 3 – LW is common to both the direct and reverberant fields.

LW, the sound power level of the source, appears in both formulas. LW influences both LD and LR and not noise (directly). Raising LW, you turn up both the energy fields (LD and LR), leaving the noise at its original level and not affecting the direct/reverberant ratio.

A reverberant field is uniform and stochastic with no particular identifiable direction. Reverberant “fields” don’t generate comb filters that are related (in the acoustic domain) to specific phenomena in the time domain, like geometric reflections or other non-late copies of the signal from other speakers, for example, that can be defined by a geometric acoustic behavior.

While reverberation can be treated as noise when it comes to speech intelligibility, it is actually repeatable at a point in space. That is why our analyzers can measure it. Noise can be averaged out, but reverberation cannot. It is when the microphone is moved to other positions that we see the universal nature of the statistical field.