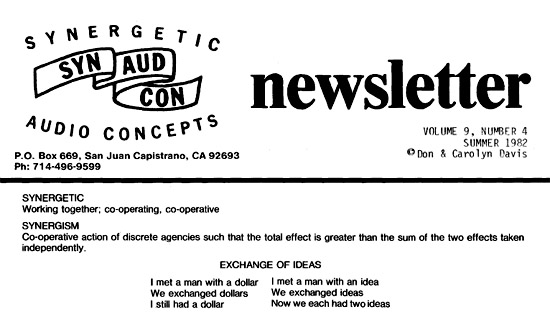 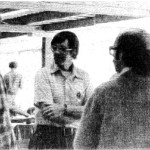 Don Keele during a break at the Loudspeaker Array class in April.

DON KEELE called our attention to a very thorough and fundamental tutorial review entitled “Phase Distortion and Phase Equalization in Audio Signal Processing” by Douglas Preis (presented as a preprint at the October 1981 AES Convention in New York City). It includes an excellent discussion of Wigner plots and other suggested “mapping” schemes.

Reading this paper and the recent Philips paper leaves one with immense respect for FARREL BECKER’s pioneer FTC plots first shown in the Syn-Aud-Con Newsletter of the summer of 1980 (Vol. 7-#4, page 21). 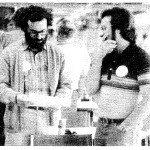 GLENN MEEKS of Indianapolis started making FTC plots about the same time as Farrel but Glenn’s work was not published until later. Mr. Preis is probably genuinely unaware of Becker and Meeks’ work because he fails to list their papers in the bibliography but there is absolutely no question in my mind that the

“ambience” created by the discussion of their work around earlier AES Conventions was the catalyst that triggered many an academic’s subliminal “knee jerk.”

Beranek, in his classic work, MUSIC ACOUSTICS AND ARCHITECTURE, identified the initial time delay gap (ITD) as a key parameter in the acoustic quality of a concert hall. The ITD is defined as the time in milliseconds (msec) between the arrival of the direct sound at a listener and the arrival of the first significant reflection. A reflection’s significance is dependent upon its level in decibels (dB) as compared to surrounding scatter and its time interval. At the Syn-Aud-Con Seminar Center, the liveness of our high ceiling area is judged to be greater than the liveness under our low ceil ing area. Consequently, most observers are surprised to find that the reverberation time (RT60 ) for both areas is the same. There is a true reverberant sound field to measure in this large 80′ x 60′ room with its 30 foot ceiling.

This was of great interest to us because it lead our Energy Time Curve (ETC) investigations into a new direction in relation to its use in large reverberant rooms. The sense of liveness obviously depends far more on the ITD than on the RTGo .

Until the advent of the TEF™ measurement system, there was no reasonably accessible way to acquire such measurements. There were those who equated single frequency impulse data with ITO significance but the spectral energy distribution in time was a relatively unknown area. It required the combination of total spectral energy, along with a dynamic range of at least 60db, to view the presence or lack of significance in the energy’s temporal distribution.

Distinction Between ITD and Immediate Reflections

There are time delays within the first few msec (a path difference of say less than four feet) that cause significant spatial misdirection to a listener via the comb filters thus generated but that are more than likely too short to be considered the ITD. Just how short a time interval can qualify as an ITD rather than as a comb filter generator is not delineated in the technical literature but I would suggest as a first approximation that any time interval too short to create a partial Haas effect probably would serve as a line of demarcation between the ITD (long enough to create a partial Haas effect) and the comb filter interval (CFl) (short enough to cause significant comb filters but not long enough to provide even a partial Haas effect). According to Madsen’s work (see fig. 6 in Tech topic Vol 8 #2) the onset of the Haas effect can be as early as a few milliseconds, especially in very dead rooms, or in typical meeting rooms, out to 20 or more msecs. This is an area wherein fruitful original work remains to be done.

Rates of Decay vs RT60 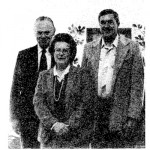 We recently had the privilege of having Mr and Mrs. V. M. A. Peutz traveling with us in our motorhome from Minneapolis, Minnesota, to our farm in southern Indiana.

Among the myriad subjects discussed was the fact that persons with hearing losses at the threshold level may, indeed, exhibit nearly normal hearing at higher sound levels. As I understand it, this is due to the cochlea not using the same mechanism at all sound levels.

During the discussion, I recalled asking Wally Heider about the possibility of performing hearing checks on mixers at Wally Heider Studios. (We attended “A Day with Wally Heider” sponsored by the Los Angeles AES chapter.) Richard Heyser was present and said, “The threshold curve is not the same curve at higher levels.” If anyone can suggest a reference in the literature to study this phenomenon further, please let us know. 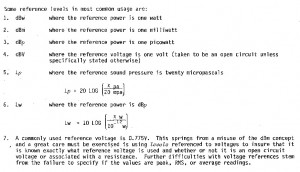 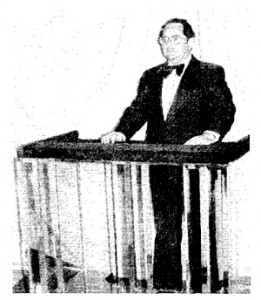 Pictured here is LARRY ESTRIN with his latest creation for the recent academy awards presentation, a “PZM®P” (a PlM® podium).

Those of you who viewed the program on television may have noticed that the host for the evening, Johnny Carson, specifically mentioned the “new microphones built into the podium” and the audience’s enthusiastic acceptance of the sound being produced. 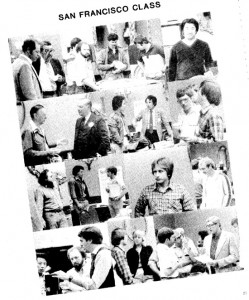 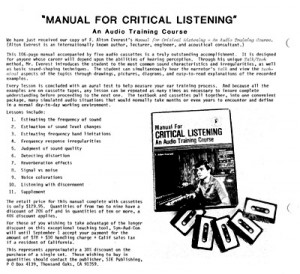 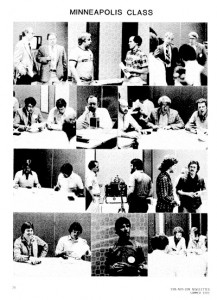 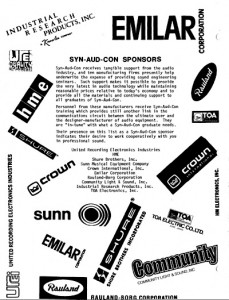