The Silent Plug – How does it work, what does it do and where NOT to Use a Silent Plug?

SynAudCon conducted in-house training for NeutrikUSA at their new North Carolina headquarters this past week. I was perusing some trade show displays in the meeting room during a break. The Silent Plug caught my eye. This is a favorite of guitarists, as it allows them to connect or disconnect their instrument without first turning down the amplifier, avoiding a very loud pop and possible loudspeaker damage. 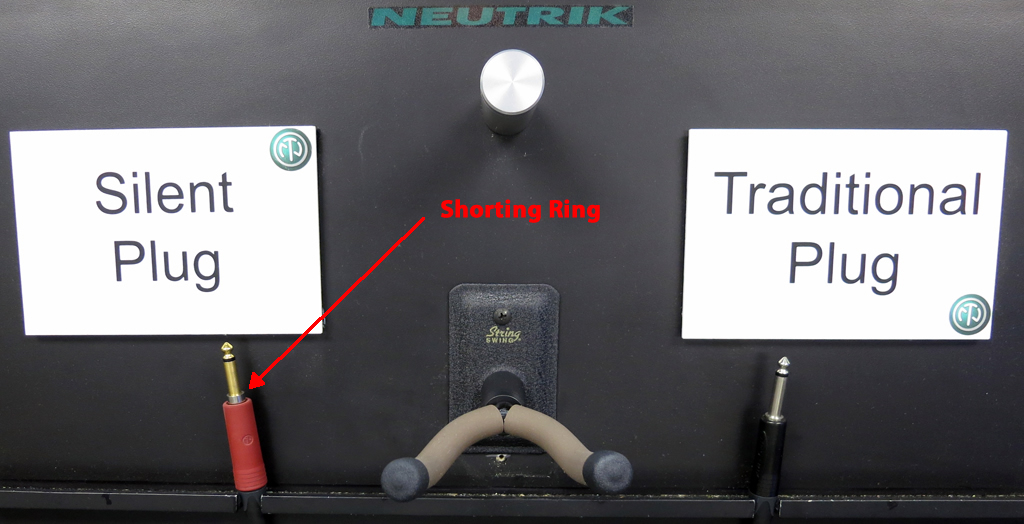 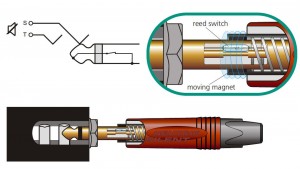 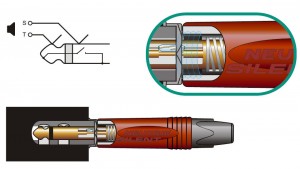 This explanation of the shorting plug prompted some further discussion in the seminar. We had just finished covering the constant voltage interface, which is the universal method of interfacing analog audio components. In the CV interface, an output has a much lower impedance than the input to which it is connected. This yields the maximum possible voltage transfer between the source an load. This “voltage interfacing” method has dominated audio technology for over a half-century. In a CV interface, the voltage from a source is independent of the presence of the load – hence the term “constant voltage.” This will be true so long as the source can produce the current demanded by the load impedance. The impedance mismatch, which assures that the source is presented with a high load impedance, encourages this condition. When it can’t (such as a power amplifier driving a 2 ohm load) the interface is no longer constant voltage. 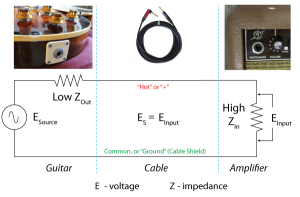 There are some scenarios that warrant discussion. For example, if an input is extremely high impedance, and then followed by a large gain stage, the result may be excessively noisy if the input is turned up with nothing connected. Guitar amps are a great example. Crank one up with nothing connected and listen to the noise. Now suppose your mixer has a multi-megaohm input impedance of a guitar amp, followed by a 60 dB gain stage. If the fader is up with nothing connected the output will be very noisy. To prevent this, mixer manufacturers use lower impedances for their microphone inputs than for inputs with less available gain, such as line inputs. While the impedance mismatch between a mixer and power amp may be 1:100 or more, the impedance mismatch between a microphone and mixer may only be 1:10 or even 1:5, depending on the application. Of course, shorting the input with a silent plug takes this to the extreme, and reduces the noise to the minimum possible level, while preventing any signal voltage from developing across the input.

Where NOT to Use a Silent Plug

Maybe I want silent plugs on all of my cables. Bad idea. Silent plugs are for unbalanced inputs like those found on guitar, bass and keyboard amplifiers. They should never be used after an active output stage, such as between a mixer and equalizer. If disconnected from an input, the output is shorted and the maximum possible current demand is placed on it. This may cause damage in extreme cases. Fortunately many outputs include a current limiting resistor to protect them from short circuits, but it is bad practice to short an output.

The silent plug is a great device when used as intended. I’m going to order one for my guitar cable as soon as I am finished posting this blog.    pb