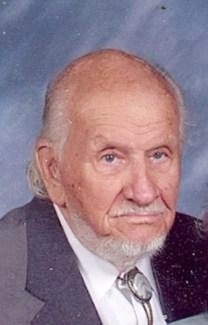 I prefer to think of Vic Hall as one of the greatest of the great generation that survived the Great Depression, won World War II, and returned to found many successful businesses in their lifetime. The picture of a wealthy man standing under an umbrella in the pouring down rain on a San Diego street corner, ringing a Salvation Army bell, personified the kind of man we knew as Vic Hall.

Vic Hall as a young man walked from depression ridden Kansas to the West Coast often having to rely on the Salvation Army for shelter and food. Vic was a tall lean physically hardened man that knew how to express gratitude, hire competent help, and start up and expand technical businesses. He encouraged young men in the Boy Scouts to hike with them from the Mexican border to the Canadian border through the peaks of the Sierra Mountains.

Vic Hall’s integrity was monumental. When challenged by a national manufacturer of audio equipment (his most profitable line) to make a choice between them and a competitor Vic chose the competitor because no one was going to tell him how to run his own business. The competing manufacturer that he stayed with felt the same way and had never applied pressure to any of their dealers in regard to this matter respecting their ability to make the right choice for themselves.

Our immense respect for Vic Hall sprang from many encounters in business, training, sharing time at his ranch and our farm, and the close personal relationship that grew from these encounters. His wisdom, common sense, true Americanism, morals, and high ethical standards made him a resource we willingly listen to and took advice from.

The likes of Vic Hall is unlikely to be often. Few youngsters today will ever experience the hard road up to where Vic stood at the end, a genuine hero of a man in a generation of heroes. I have always felt privileged to have called Vic Hall a friend. He enlarged all of us who had the privilege of knowing him.