Curt explains the importance of calculating the number of mic input channels before shopping for an audio console.

Before you went shopping for the audio console that you’re mixing on right now, you (hopefully) calculated the number of mic input channels that you would need for your typical worship service. That gave you the minimum number of input channels you needed at the time. If logic prevailed, you also looked ahead to future needs, considering if you would need additional inputs for special events, cantatas, dramatic performances, concerts, surprise musical guests, and so forth. 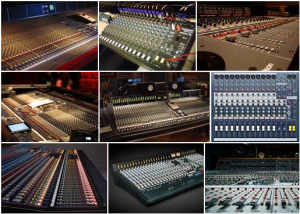 Then came step two, where you added up the number of output channels that you would need. This is one step that some church techs miss or at least don’t think through thoroughly. If you have a simple loudspeaker system, then maybe all you need is one “main” or “mono” output. Then you’ll want auxiliary send outputs for the choir monitors, each of the floor monitor feeds, possibly more outputs for in-ear monitor systems, the lobby/narthex feed, the hearing assistance system, the recording feed, possibly a feed to your video control room, and others. The number of outputs you need can add up quickly.

So what happens when you are presented with the plans for a concert or other event where clearly you don’t have enough inputs on your existing console to handle the channel requirements for this special event?

For starters, it depends on how many extra inputs you need, and what those inputs are. If you only need a couple of extra inputs, and those are only used during a short part of the service, you might get by with simply unplugging a couple of channels and switching to the other inputs for that short time. But if you’re having this issue, most likely you are going to need several inputs, in which case you’re probably going to want to connect a second console. We sometimes call that a “sidecar” console, and here are some ways you can use it to open up channels on your main console. 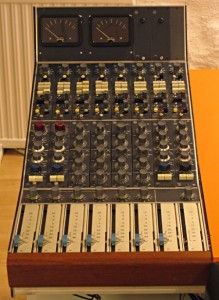 Example of a Sidecar Mixer

If you typically have a choir and you use several microphones to pick them up, maybe you could transfer those mics to your sidecar console. If you’re adding brass, woodwinds, strings and/or percussion instruments that you don’t ordinarily use, those might be perfect elements to place on a second console. The reason I suggest that is you may find that once you have a good blend of those instruments or choir in the second console, you may not have to change their inner balance very often during the event. It’s not exactly a set it and forget it thing, but almost.

If on the other hand you need to bring multiple submixes of those individual instrument groups (sometimes called a “stem”) into the console where you can blend the overall level of the brass, woodwinds, strings or percussion in with all of the other instruments and vocals that you’re already mixing on the main console, then you will probably want to have those submixes come into the console on spare input channels.

Let’s say that you’re mixing the brass onto subgroup #1 of the sidecar console. You can take a cable from subgroup #1 output on that console and patch it to the audio line level input on a spare channel of the main console. If your console doesn’t have an audio line level input, you may still be able to use a mic input as long as you can insert the pad on that channel to reduce the strength of the incoming signal, of by reducing the output of the sidecar console enough to give you a strong signal without distorting.

Rinse and repeat for the other submixes that you need to bring over from the sidecar console.

Of course if you have two matched digital audio consoles, the manufacturer may have already given you an easy way to patch the two consoles together. That arrangement may or may not give you combined monitor mixing capability for both consoles; to determine that you will need to consult the operator’s manual. You do know where the operator’s manual is, right!?!

When I first started mixing at Prestonwood Baptist Church in Dallas, a single 56-input analog console could handle the typical worship service. Then we added a small DM2000 digital audio console to submix things like the choir or brass. But for larger events where we expanded the orchestra, we brought all of the orchestra inputs into a rented 56-input analog console, all of the dialog and backing vocal parts into the digital console, and then my main console had the rhythm section, the worship leader, plus the submixes of the orchestra feeds and backing vocal mics from the two sidecar consoles. It took three audio engineers with good tennis shoes to mix their Christmas pageants. <g> 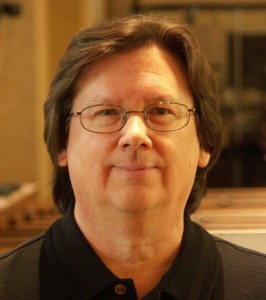 Curt has taught literally thousands of church sound team volunteers, technical staff, worship pastors and musicians. Having made his living as a professional musician for 12 years, earning a Bachelor of Music degree in Music Engineering from the University of Miami, serving 11 years full time on the production staff of three churches as Audio Director and Technical Director, plus several more years as a sought-after freelance sound engineer, and now focusing his career on designing state of the art sound, video and theatrical lighting systems for churches nationwide, Curt brings a unique perspective and depth of knowledge to every AVL system he designs and every workshop he teaches.