A brief explanation of a War Tuba.

First impression this photo of a War Tuba looks like a loudspeaker. It is actually a mic.

Acoustic location devices were used by military services from mid-World War I to the early years of World War II for the passive detection of approaching enemy aircraft by listening for the noise of their engines. These typically consisted of large acoustic horns attached to stethoscope-type earphones worn by monitors. This technology was rendered obsolete before and during World War II by the introduction of radar, which was far more effective. 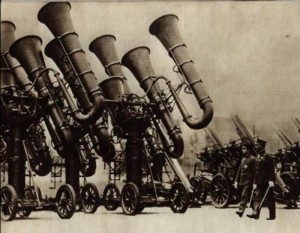 Here is a photo of a similar device from that era. 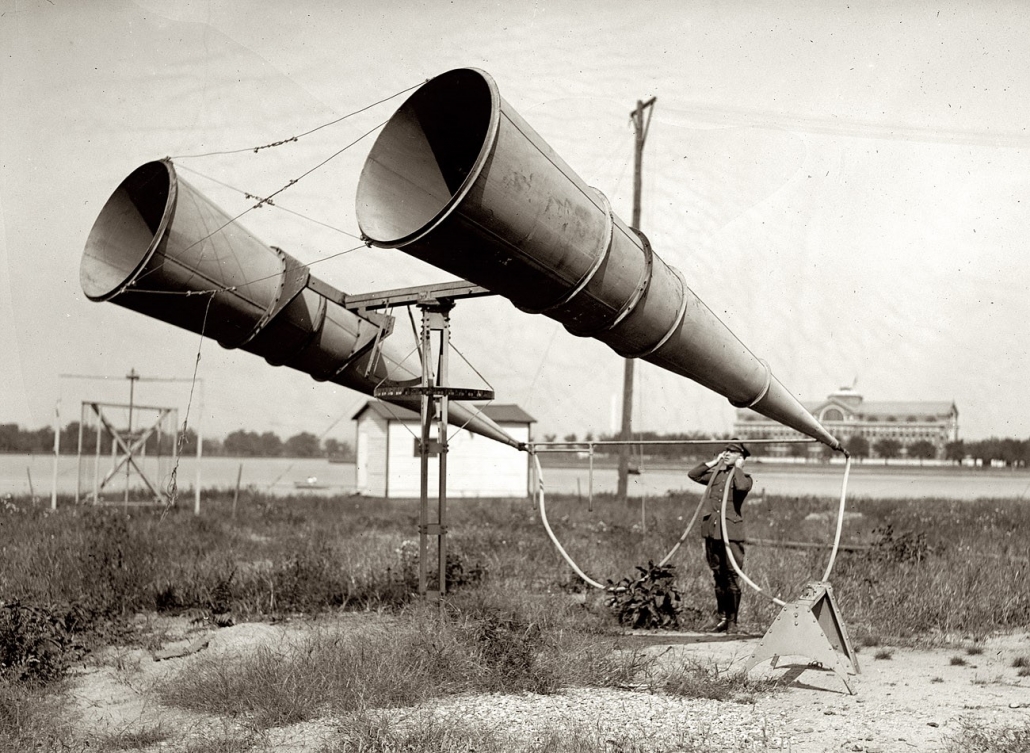