Richard Honeycutt demonstrates beautifully through graphs and a listening track the processing dynamics of music and speech compression.

The variation in sound level, from very quiet to very loud, or from pianissimo to fortissimo in music, is called the dynamic range of the sound. In a fairly quiet living room, the background noise may be about 30 dBA. A good sound-reproducing system, whether solid- or hollow-state, will produce less background noise in the listening room than will the ambient noise sources: HVAC, traffic, people, birds and crickets, etc.

The maximum sound level to which we should ever expose our ears, even for very brief periods, is 120 dBA. 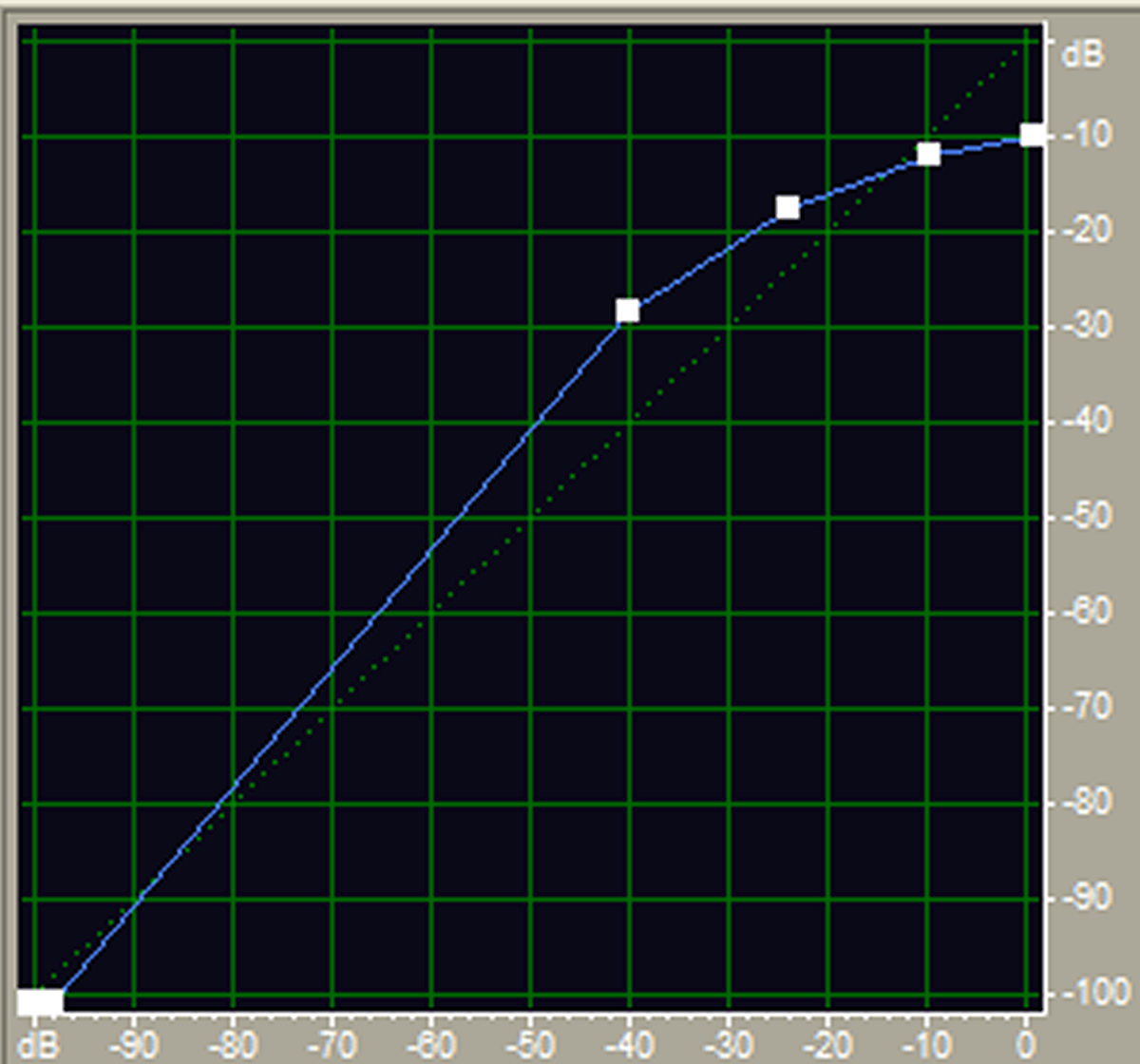 A downward compressor will decrease the overall average level of the signal by decreasing the gain for the loudest parts of the wave. Some processors compensate for this effect by applying “makeup gain” to keep the average level unchanged. Of course, applying makeup gain requires more compression of the loud parts.

Aside from artistic effects when applied to specific instruments in a mix, compression is primarily used for one of two purposes:

It does this by decreasing the dynamic range. Figure 2 shows the waveform of an uncompressed choir performance recording. This is a composite wave including all 18 tracks (songs) that were on the CD. As you can see, the average level of music peaks ranges from below -18 to 0 dBFS.

Commercial recordings, especially contemporary music recordings, tend to be significantly more compressed than classical or traditional religious ones. Figure 3 shows a composite wave of all the tracks on a commercial music recording. Although most tracks are highly compressed, four of them are less compressed than the others. When commercially recorded tracks are relatively uncompressed, the reason is usually that these tracks carry emotional content that would be lost if too much compression were used. 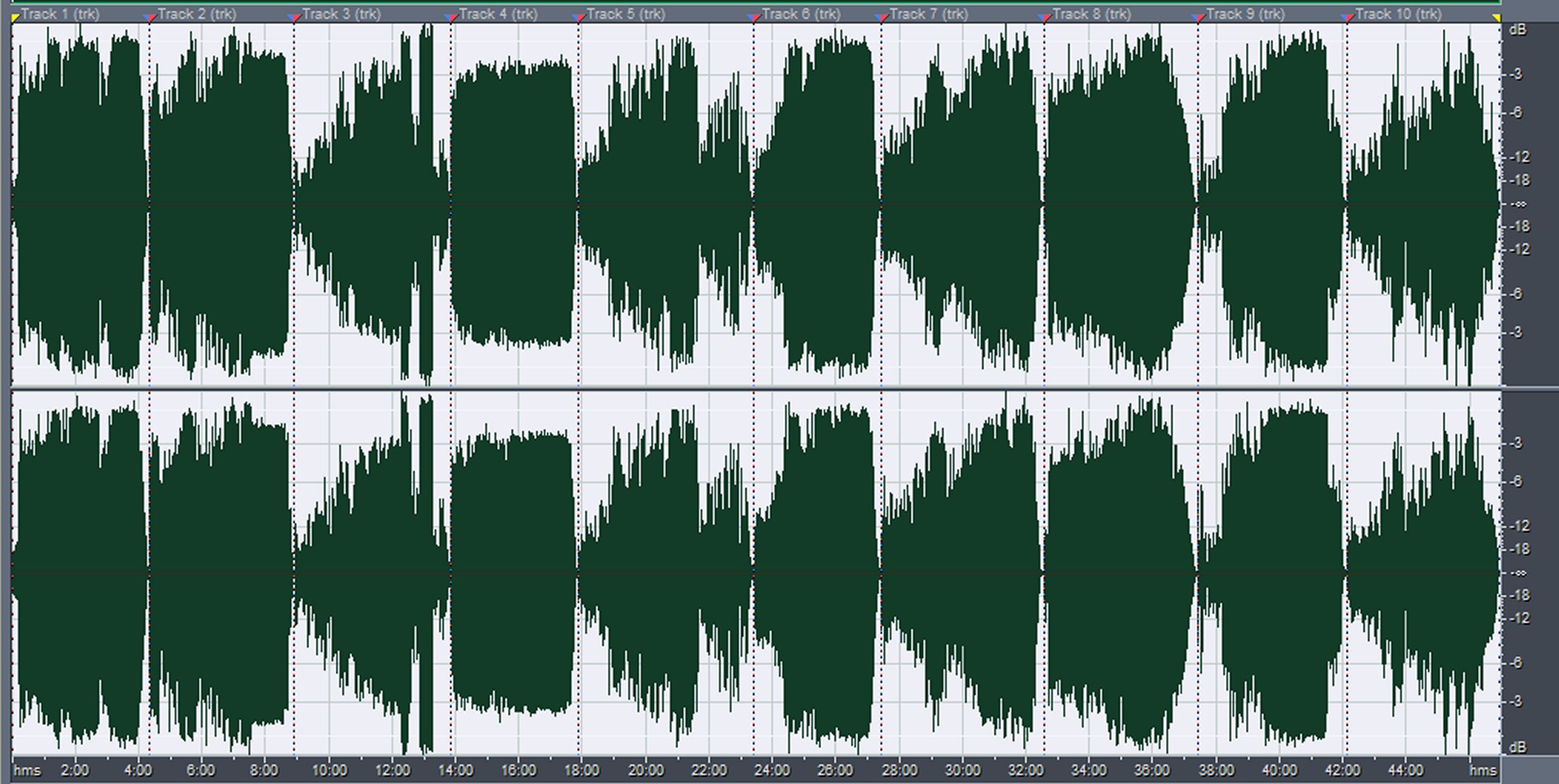 The average level of the peaks is higher than -3 dBFS, which would make this recording sound about 15 dB louder (perceptually over twice as loud) than the choir recording whose waveform is shown in Figure 2. The loss of musical dynamics entailed by heavy compression is sometimes considered a necessary sacrifice for the reasons we discussed earlier.

Radio and TV programs are often very heavily compressed, so that the waveform looks like a ribbon. The reasons for this are threefold.

Excessive compression is illustrated in Figure 4. If you would like to hear what this overcompression sounds like, check out http://www.youtube.com/watch?v=3Gmex_4hreQ. 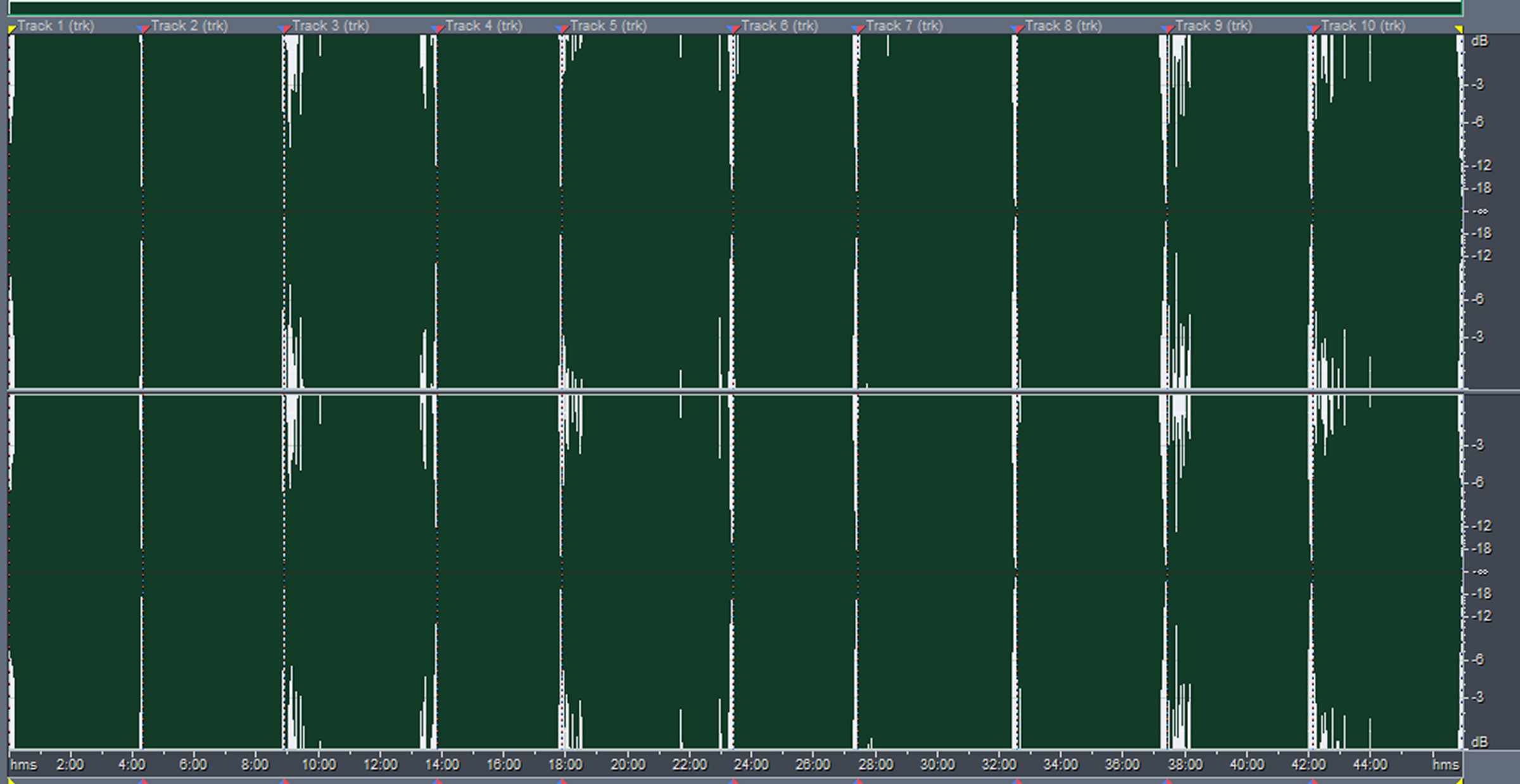 Compression rarely helps in live sound, because raising the average level may cause feedback squeal. Two exceptions are when miked loud drums or shouting presenters’ voices must be tamed to avoid annoyance or damage to hearing or equipment. In these cases, only downward compression is helpful. rh