The Louisville, KY Sound Reinforcement for Designers class visited Southeast Christian Church on the first evening of the seminar. We were treated to an overview of the main auditorium as well as the new youth facility.

The main auditorium can seat 9600 people. The sound system was recently renovated to replace the 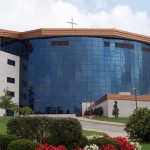 original point source array with line arrays. The seating is spread over three levels, all of which are occupied during a typical event.

The room was given extensive architectural/acoustic attention to deal with the problems common with such spaces. The rear wall is geometrically randomized and ellipsoidal in shape to reduce reflections returned to the stage. Acoustical treatment, both absorptive and diffuse, is used extensively. The hardwood doors remain a problem with no solution in sight.

We took the opportunity to record some sweeps that were post-processed in the class the next day to produce impulse responses. An omni loudspeaker with subwoofer was placed on stage at the talker position and proportionally-spaced measurement positions selected at 120 ft, 60 ft, and 30 ft respectively. The use of log spacing allows one to interpolate what is likely happening in between the selected positions. 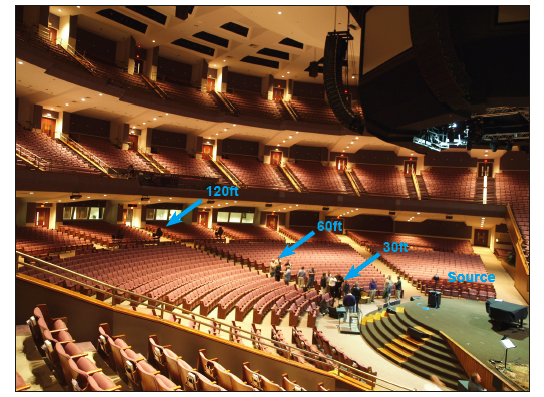 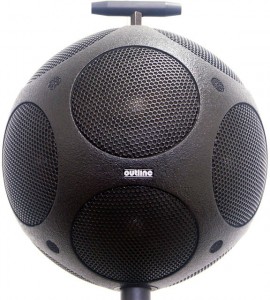 Class attendee Mark Haymond had a full-range powered loudspeaker (12-inch 2-way) in his truck so we also recorded it at the same positions. This allows a comparison of low vs. medium Q performance. Convolution can be used to conduct a shoot-out between the two loudspeakers with either speech or music at your PC – an exercise which is both interesting and educational. Since the seats have heavy upholstery, I placed the mic there rather than in the aisle. This diffuses/ absorbs the reflection and provides a much better look at the direct field spectrum. The ETC at shows the effectiveness of this technique. 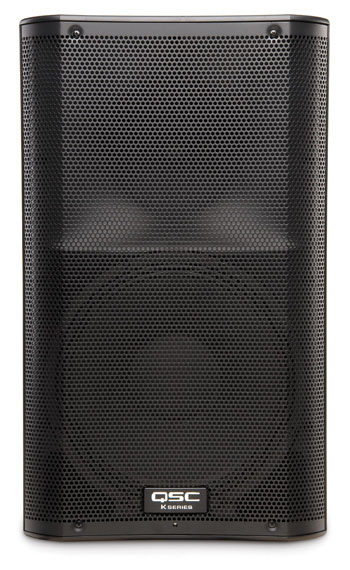 The direct field from both devices attenuates at inverse-square law rate between the measurement positions (-6dB per distance-doubling). One would expect the farthest seat to be the worst with regard to the direct-to-reflected ratio, but it is not. Since the 120 ft position is under the balcony, a significant early-reflected field is produced, increasing C50 (suggesting improved intelligibility) but producing a slightly lower Speech Transmission Index (STI) score. Convolve the IRs with speech to see which measure you believe. The lack of a supporting early-reflected field plagues many large spaces. Any audio analyzer software that imports WAV files can be used to view the data. Gratisvolver™can be used to listen to it.

The impulse response data is available on the SAC IR Exchange – Project #36. Photos of the tour can be seen on Flickr at http://www.flickr.com/photos/synaudcon. 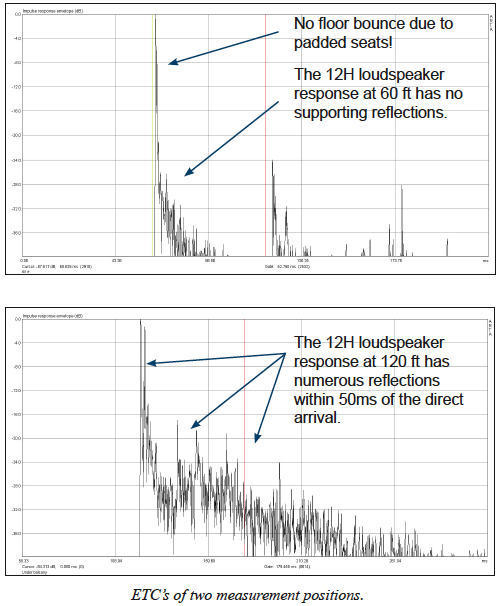