Have you ever thought about building your own acoustic source for STI Testing.  Steve Liddle has done it and he shared the process in this article.

The title doesn’t sound as good as “roll your own Talkbox” but I presume that NTI have copyright on that name.

This is another blog that starts with the comment – “a recent thread on the forum…”.

The matter of what type of loudspeaker to use as an acoustic source for playback of the modulated noise test signal for STIPA testing was discussed. The consensus, as well as the advice in the IEC60268:16 standard, is to use a small enclosure with a single loudspeaker driver no larger than 4″ in diameter.

A criteria that is often overlooked is  that the signal must be reproduced faithfully i.e. with a tolerance of +/- 1dB for the frequency response. It’s quite common to use small active speakers that are readily available on the market, however, their frequency response isn’t always quite as good as we hope for.

I decided long time ago to try and make my own device that meets the criteria as stated above. It’s taken a very long time for various reasons like having kids, having a lot of work to do, drivers disappearing in storage and so on, but now I’ve managed to complete the project.

This project was actually triggered by the availability of affordable, small size, class D amplification and DSP. Back in 2010 I purchased a kit from a company called MiniDSP. Their products are aimed at the home enthusiast but they are actually very versatile and well thought out.

The kit is basically a 2 x 4 DSP processor that is programmable (in that different configurations can be uploaded) which is combined with a class D amplifer that are inter-connected with the I2S digital format. I chose to go with a 4 way crossover software module which allowed me to bridge the 2 outputs of the 10W per channel amplifier and also provided 12 bands of parametric eq, bandpass filters in the form of a crossover, delay, polarity as well as input and output gain controls.

I then sourced a 4″ driver with a phase plug. The model I found has high power handling  due to the phase plug being an integral part of the spider which helps to dissipate heat as well as reducing the effects of high frequency colouration in the region immediately in front of the driver.

The 3 pictures below show samples of the GUI and the equalisation which was necessary to achieve the required frequency response on axis. The red circle highlights the need for a large boost at 85 Hz which was necessary to bring the low frequency response within tolerance. This is a disadvantage as it reduces the headroom available at higher levels. 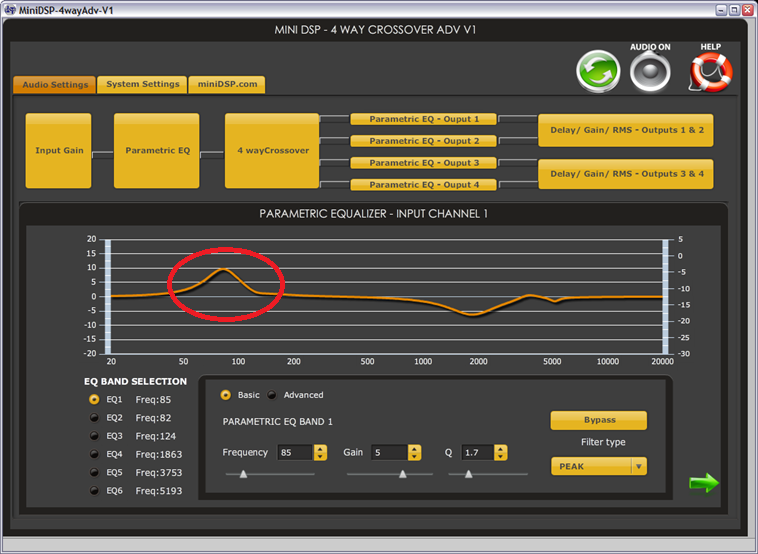 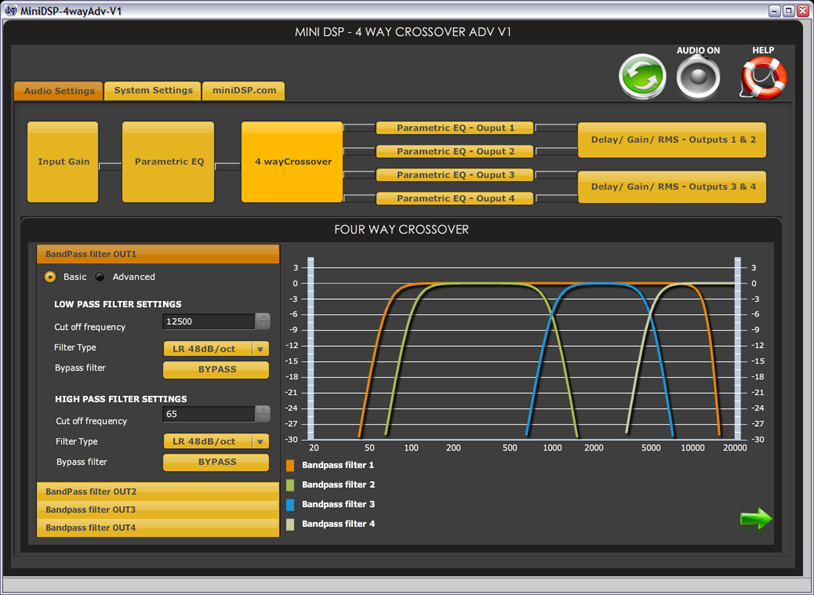 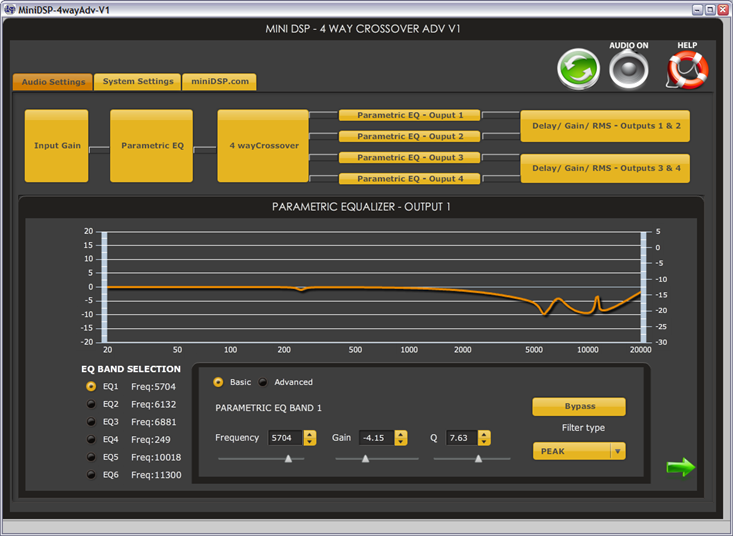 I used the tools in Room Capture to generate the preliminary parametric eq parameters and then fine tuned manually. The pictures below show the resulting on axis response.

I also measured the maximum sound pressure level at 1m with a pink noise source – a respectable 95dB was achieved which makes the device more than useful in normal STIPA measuring scenarios and even useful for room acoustic investigations where the background noise is reasonably low. 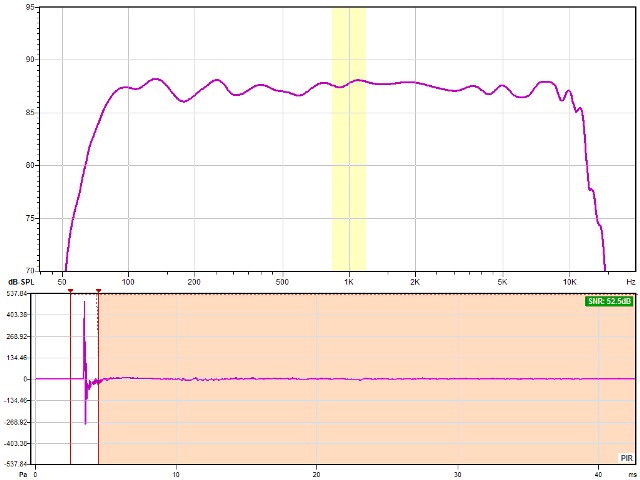 Impulse and frequency response on axis

The MiniDSP kit runs from anything between 12V and 24 VDC so could easily be powered by a video camera battery if freestanding use is required.

For calibrated SPL levels I used my NTI Minirator Pro as a source and recorded the output levels which can be printed and stuck to the box for reliable and repeatable setups in the future.

I should also verify the off axis respsonse to ensure that it meets the ITU.P50 criteria but that will have to wait…

If I was to build this again I would use a sightly larger enclosure to reduce the amount of low frequency boost required and thus preserve some headroom.

Overall, I was very pleased to be able to meet the tight frequency response and achieve such high SPLs with this portable, affordable device. 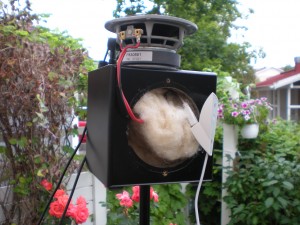 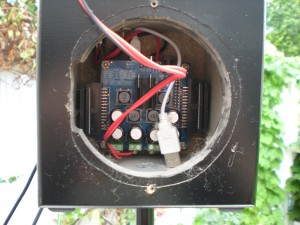 MiniDSP kit mounted in the enclosure 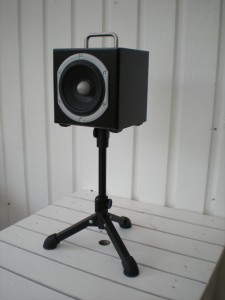 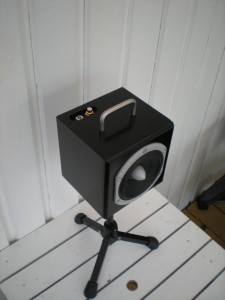