We have a new basketball arena in town (Louisville, KY). The KFC Yum! Center (known locally as the “chicken bucket”) seats about 21 thousand people. The first event was an Eagles concert held last month, and by most reports the place sounded pretty good (for an arena). The mayor proclaimed this summer that the venue would have “concert hall acoustics.” I am sure that he was told that by someone else, and it is probably best to just let him go on thinking it.

When a city can choose between a basketball arena and a much-needed bridge across the Ohio river, you know which one is going to win.

Anyway, my future son-in-law is a manager on the project and he gave us a walk-through prior to the opening. The sound system actually sounds pretty good (again, for an arena). I couldn’t help but notice the similarity shown below. As Don Davis would say “The ancients keep stealing our inventions!”    pb 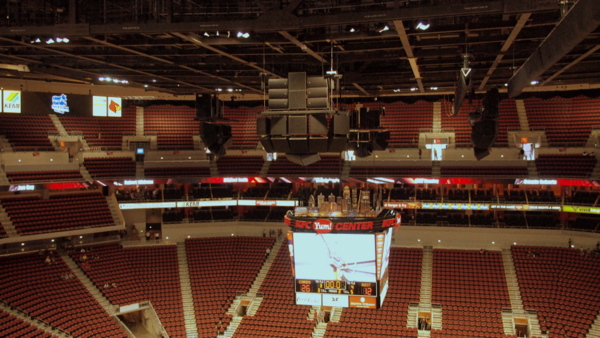 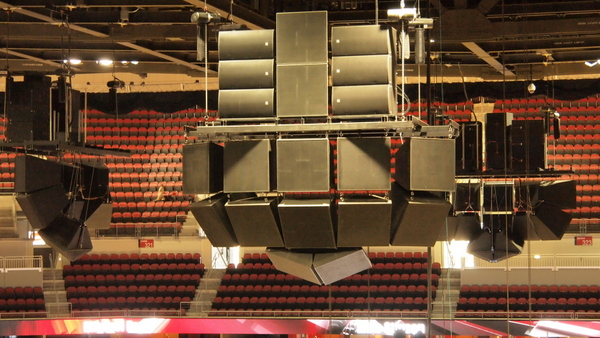 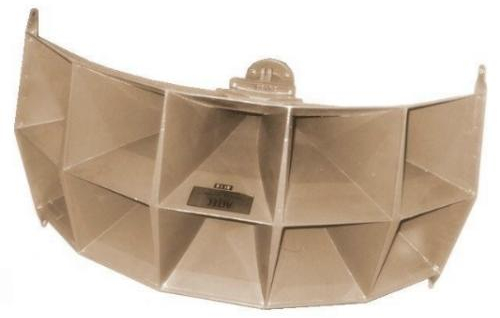