This article explains how battery test is a simple and accurate way to do polarity testing.

Experienced audio practitioners understand the importance of proper system polarization. If left to chance, unintended polarity reversals can wreak havoc on the performance of a sound system. This is especially true of

There are a number of methods for testing a loudspeaker’s polarity.  These include

DC, Directly to the Terminals

The battery method is my favorite for testing cone loudspeakers. A 9 V battery is placed across the loudspeaker’s terminals, plus to plus, minus to minus, and the cone motion is observed. A huge advantage of this test method is that no amplifiers or processing are required. The terminals on a 9 V battery fit nicely across an MDP (dual-banana) plug (Photo 1). Just make the connection and observe the cone motion. Plus to plus should make the cone move outward. Easy enough. 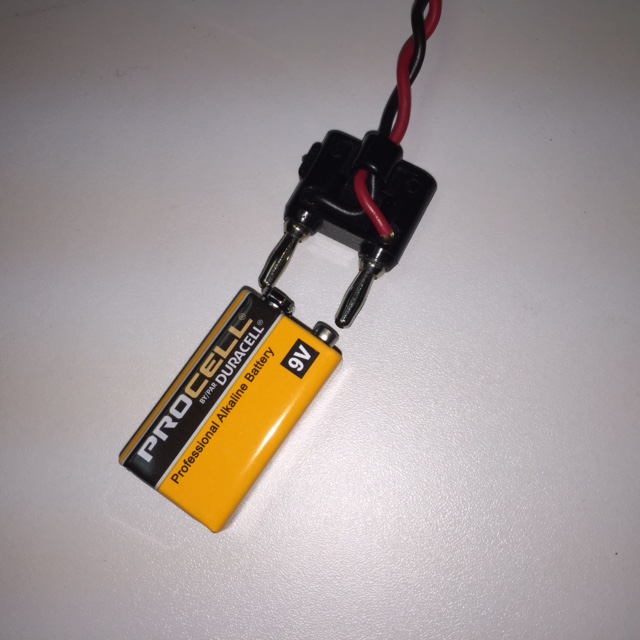 But What If I Can’t See the Cone?

All methods have their strengths and weaknesses. The shortcomings of this method include:

For these reasons, I have historically only used the battery test on loudspeakers that have a direct connection to the voice coil and exposed cones, and have used one of the other test methods for all other loudspeakers.

I was teaching in Brazil last month and wanted to demonstrate how to test polarity, but in a practical way that did not require special hardware or sophisticated measurement routines. It occurred to me to simply make a recording of the battery test, with the microphone placed in the extreme near-field of the loudspeaker (Photo 2). Perhaps the polarity would be visible in the wave file recording. 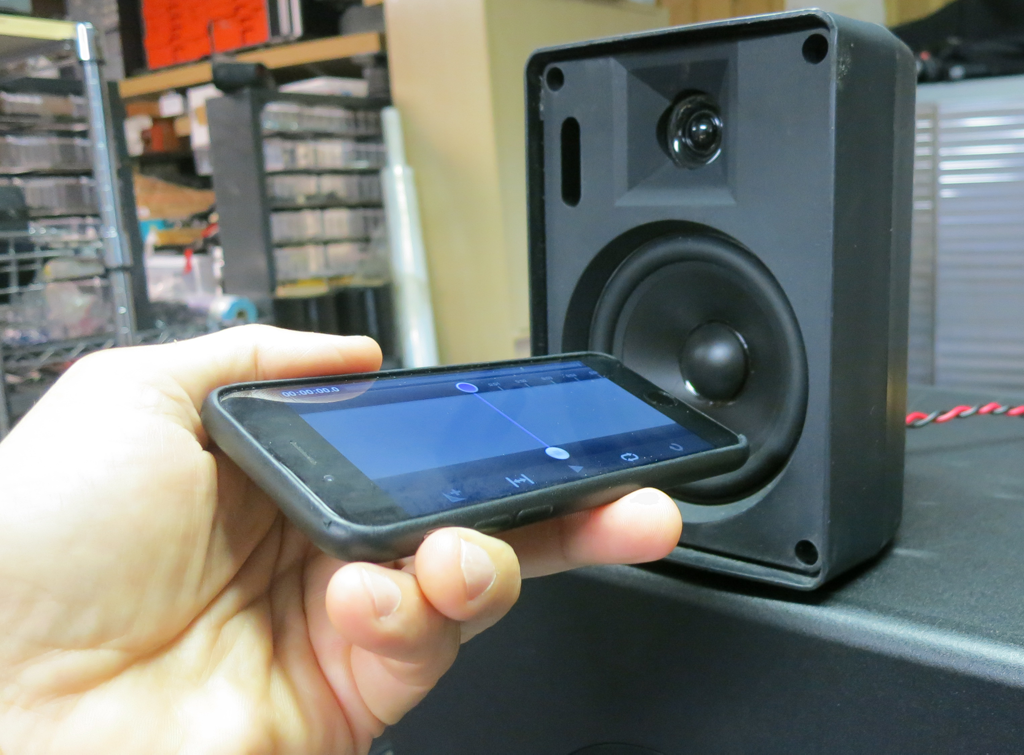 Photo 2 – My iPhone™ in an extreme near-field placement on the LF of a 2-way loudspeaker. This placement swamps out the contribution from the HF.

To test the theory, start simple. A single cone loudspeaker is as simple as it gets. I used the one in the above movie. Figure 1 shows the wave file recording, opened in SoundForge™ and zoomed in. The polarity is clearly visible. This first pulse is from connecting the battery. When the battery is removed, the polarity is inverted. The nice part is that the cone need not be visible to the investigator. This is basically a “step response” test. Since loudspeakers can’t pass DC, only the AC component of the attack actually produces sound and is recorded. But, this is a simple 5-inch cone in a sealed box. What about multi-way loudspeakers and transformer-driven loudspeakers?

Figure 1 – The recorded waveform of the battery applied to a 5-inch cone loudspeaker.

Figure 2 shows the test performed on a 2-way loudspeaker (passive crossover), first on the LF, then on the HF (Figure 3). The extreme near-field placement of the microphone allows these transducers to be tested individually, even though both are in the same box. The HF polarity is intentionally inverted due to the use of a 2nd order Butterworth crossover network.

Figure 2 – The recorded waveform of the battery applied to the full-range input of a 2-way loudspeaker with passive crossover. The mic is in the extreme near-field of the LF.

Figure 3 – The recorded waveform of the battery applied to the full-range input of a 2-way loudspeaker with passive crossover. The mic is in the extreme near-field of the HF. Note the extreme zoom required to see the leading edge of the waveform.

Transformers block DC, and most loudspeakers with step-down transformers do not have visible cones. Some are 2-way with internal passive crossovers. While we think of “background music” loudspeakers as being simple, they can actually be one of the most difficult devices for polarity testing.

I performed the test on the 2-way loudspeaker, but this time with the signal passing through a step-down transformer. The DC component cannot pass through the transformer, but the AC transient can. The polarity of the LF and HF are still clearly visible (Figures 4 and 5).

Figure 4 – The recorded waveform of the battery applied to the full-range input of a 2-way loudspeaker with passive crossover and step-down transformer. The mic is in the extreme near-field of the LF.

Figure 5 – The recorded waveform of the battery applied to the full-range input of a 2-way loudspeaker with passive crossover and step-down transformer. The mic is in the extreme near-field of the HF.

Some Comments on Batteries and DC Power

The vast majority of sound reinforcement loudspeakers won’t mind the application of 9 VDC to their input terminals. The power is pretty low (about 10 watts) and the excursion is not excessive. A smaller battery can be substituted for testing delicate HF transducers without crossovers.  You can get a battery holder from Parts Express, and use any combo of AA that produces the desired test voltage.

By recording the waveform, the battery test can be applied to any loudspeaker type. Cool. You may be thinking “I don’t need this method because I have a dedicated polarity tester, or a smartphone app.” All polarity testers can be fooled. The culprits include the phase shift introduced by transformers and crossovers, and acoustic reflections near the device-under-test or the instrument. When your polarity test comes up “in-determinant” you can whip out a battery as a final authority.

The battery test is the “golden reference” of polarity tests. If you are in doubt as to the accuracy of one of the more sophisticated methods, the battery method is a great fallback to use as a sanity check. You can also use it to test microphones – just make the recording through the mic of your choice to see if the pulse direction agrees with the cone motion.

In a world of ever-increasing complexity, simple can be better.   pb