Mark Haymond sent me an interesting impulse response that serves as a great example of “flutter” echo. It was captured at a pistol range, where the shooter stands between two block walls, with an earth berm at one end (Fig. 1). The flutters are about 55 ms apart, giving an almost reverberant impression, but the stepped Schroeder curve reveals that this is definitely not reverberation (Fig. 2).

IRs like this one are not well-handled by the various scoring methods such as C50, T30, and STI. It actually produces a “Fair” STI of 0.48.

This is IR collection in its purest form – an impulse source. Normally the signal-to-noise ratio for this method is quite low, but in the case of a pistol shot the signal level is very high and produces a good IR.

Thanks to Mark Haymond for sharing the file.  pb

Hit “Play” to listen to the impulse response.

Hit “Play to listen to a convolution made with GratisVolver™. 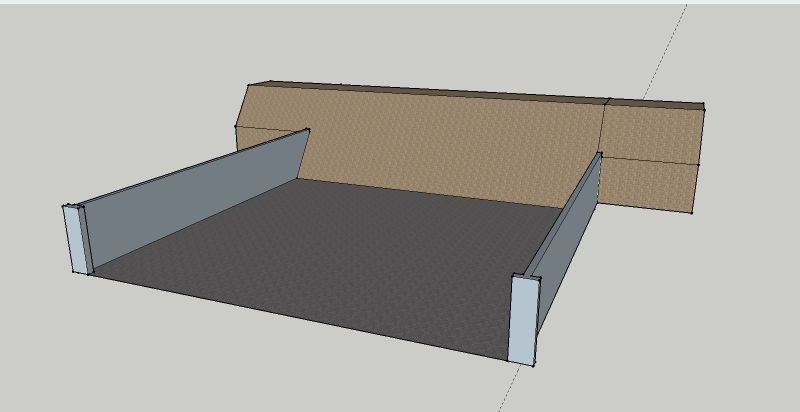 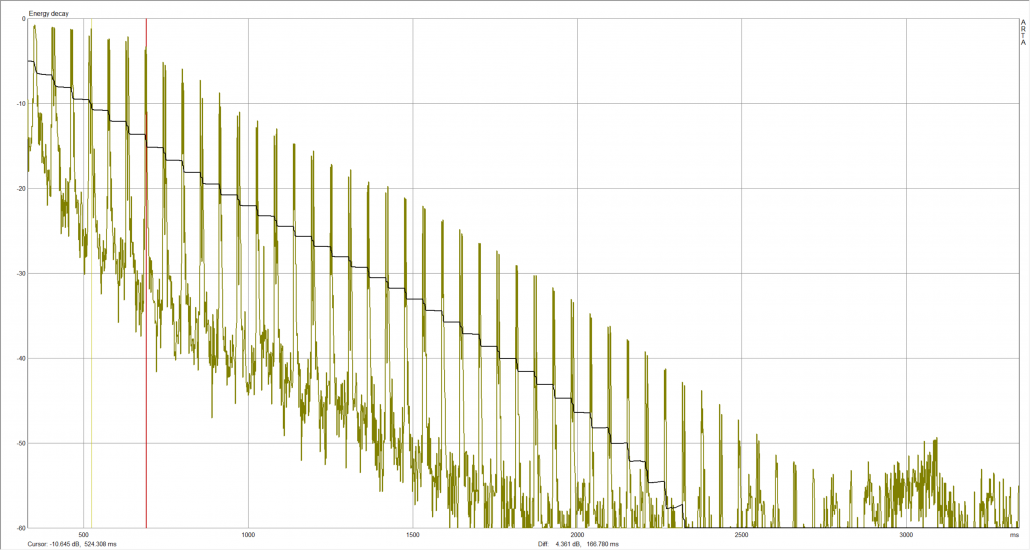