Hinkle Fieldhouse: Hinkle Fieldhouse is a 10,000 seat basketball arena located on the campus of Butler University in Indianapolis, Indiana, United States. When built in 1928, it was the largest basketball arena in the United States, a distinction it retained until 1950. It is the sixth-oldest college basketball arena still in use, and it is a U.S. National Historic Landmark. It is among the earliest of the major college fieldhouses, which, along with rules changes that made for a faster game, transformed college basketball in the late 1920s and 1930s.     from Wikipedia

It is also the site for the movie “Hoosiers” with Gene Hackman, a David and Goliath story of Indiana Basketball. It had a 90 foot high ceiling promoting 6 second reverberation time for 75 years. Noise was exhilarating, seats were bleachers and clear speech was non-existent.

In 2010, the Bulldogs went to a Final Four and with a tense last shot miss nearly became NCAA national champions. This made revenue generation possible. Wright Consulting Associates, (now IMEG Corporation) designed a lapendary system that allowed a 50% reduction in RT60.

We had the pleasure of Don Keele, Jr. attending the seminar and site visit. Don ascended to the upper balcony and shot some video of the RIR demonstration on his phone, complete with narration (below).

File Download: Omni_RIRs, B-Format_RIRs   (The impulse responses are for personal or educational use only.)

Hit “Play” for a sample: 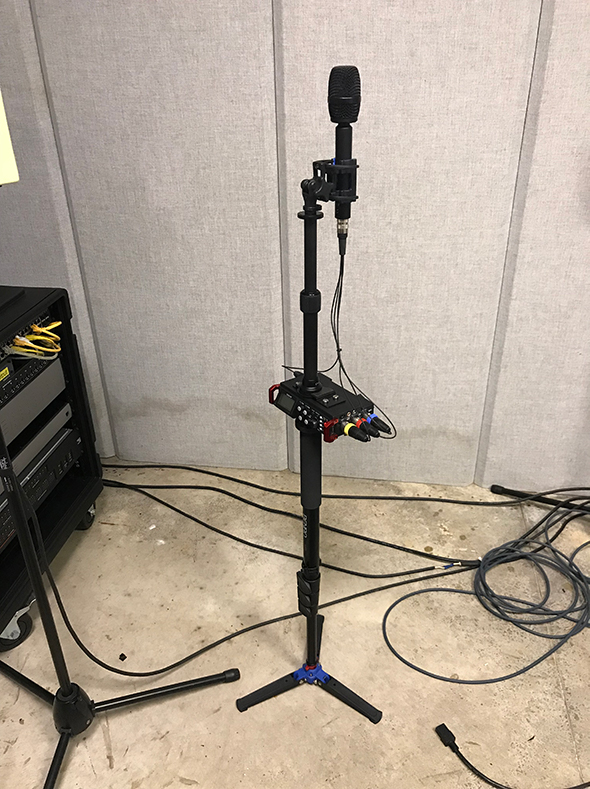 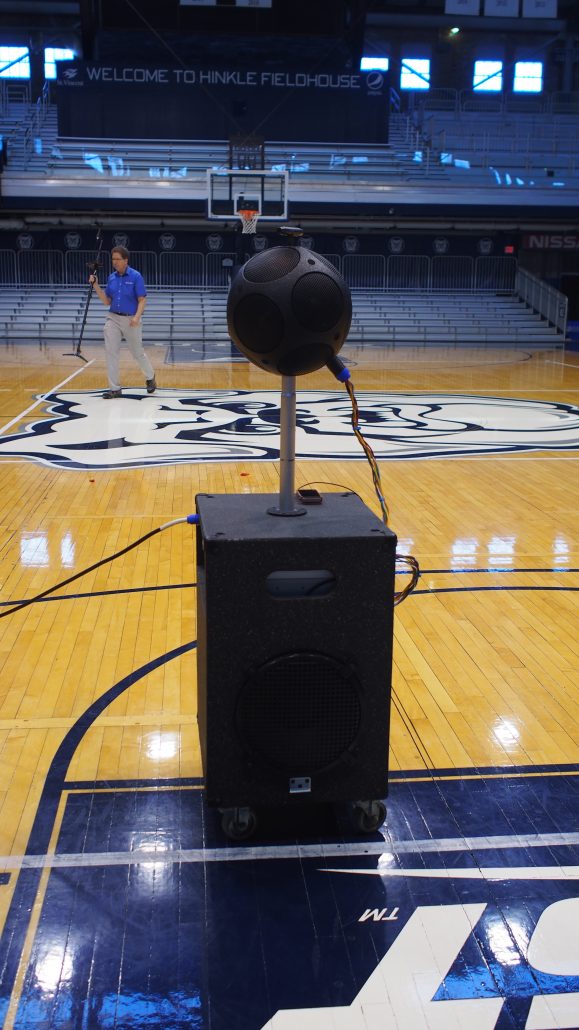 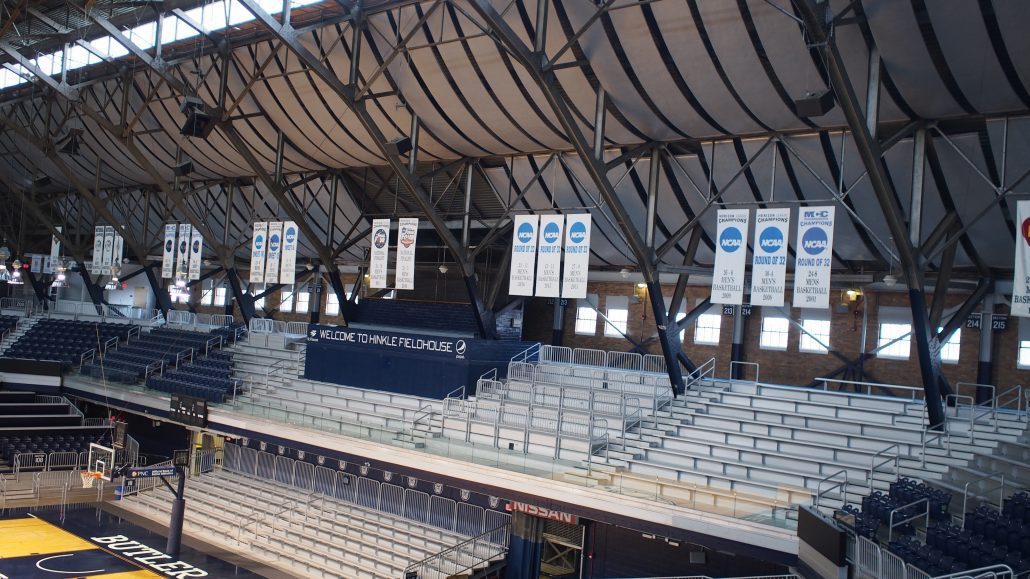 Photo 3: Note the lapendary system used to reduce the T60 by nearly 50%.