Google Sketchup along with a plug-in is now a power and efficient tool that can now be used for room modeling speaker coverage.

Audio and acoustics have never been mainstream with regard to software development. It’s a niche market without the mass-appeal that promotes competition and drives down prices. We may have finally caught a break with the acquisition of Sketchup by Google.

Sketchup is a 3D modeling environment that is a favorite of the architectural community. The simple-looking interface hides an amazingly versatile toolset that can whip out 3D room models faster than you can say “AutoCAD.” I have watched our daughter Ashley become proficient at it in architectural school, but have limited my own involvement to curious dabbling because the DXF output has been problematic for import into acoustics modeling programs.

Two things have brought climate change to the situation. First, Google acquired Sketchup and decided to make it freeware for non-commercial uses ($495 for Pro version). Second, Rahe-Kraft of Germany authored a plug-in (SU2CATT) that converts Sketchup models into the GEO files used by CATT-Acoustic. It is one of three available Sketchup plug-ins for CATT-A.

Sketchup is simple on the surface and plenty of free tutorials are available on the website. Anyone willing to invest a long evening can learn it. SU2CATT is approximately $300USD, with a free demo version limited to 100 faces. Combine these with the CATT-Acoustic demo and you have a modeling environment that requires no initial investment to begin the learning process. Rahe-Kraft is working on SU²EASE plug-in for EASE 4.x which is scheduled for May/June 2007. Eventually the same SketchUp model can be used for several target simulation programs.”

Sketchup may do for room modeling what Ethernet has done for digital audio networking. The time required to draw rooms has inhibited many from fully integrating room modeling into the sound system design process. With Sketchup and a little practice, time is no longer a factor. The hours once required to acquire drawing skills can now be invested into learning more about room acoustics and transducer behavior. You may never not model a design again. pb 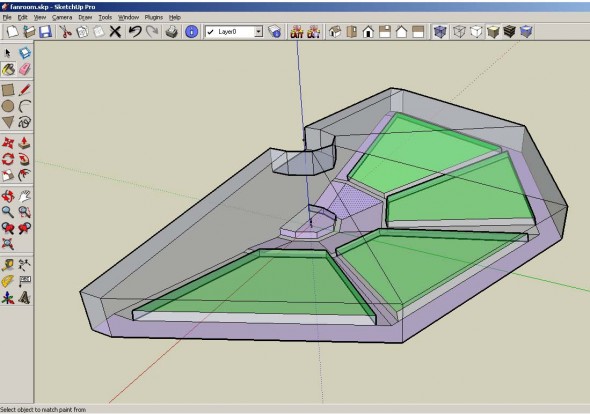 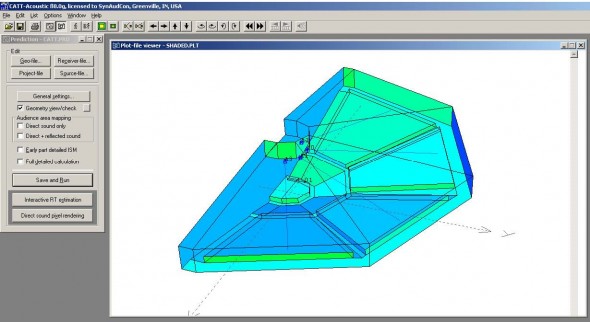 CATT-A opened it with no errors. Both programs can run concurrently when hammering out a system design. 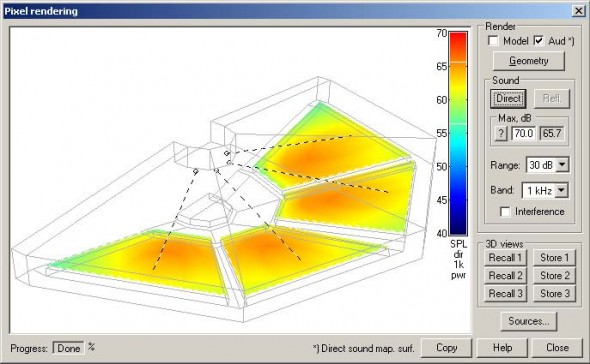