Audio is a mature technology, and older than most. Its roots go all the way back to the telegraph. This would lead one to believe that the field would be highly standardized and essentially plug-and-play by now. Unfortunately, this is not always the case. Here is an example.

Ask most audio practitioners for the definition of “line level” audio and they will say “+4 dBu” which is 1.23 Vrms. That is a defensible answer and it is why many mixers and DSPs use this (or a close value) as their “nominal” input and/or output level. It’s also why most professional power amplifiers use 1.2 Vrms (or a close value) as their input sensitivity, as it will drive the amplifier to its full output voltage. Feed it a higher voltage and the amplifier clips.

Unfortunately, there is a 20 dB discrepancy in this assumption. The +4 dBu audio signal from the mixer and DSP has signal peaks that exceed the nominal level by 20 dB or more. This is why the mixer and other professional line level components have maximum output levels at or near +24 dBu when signal peaks are considered. 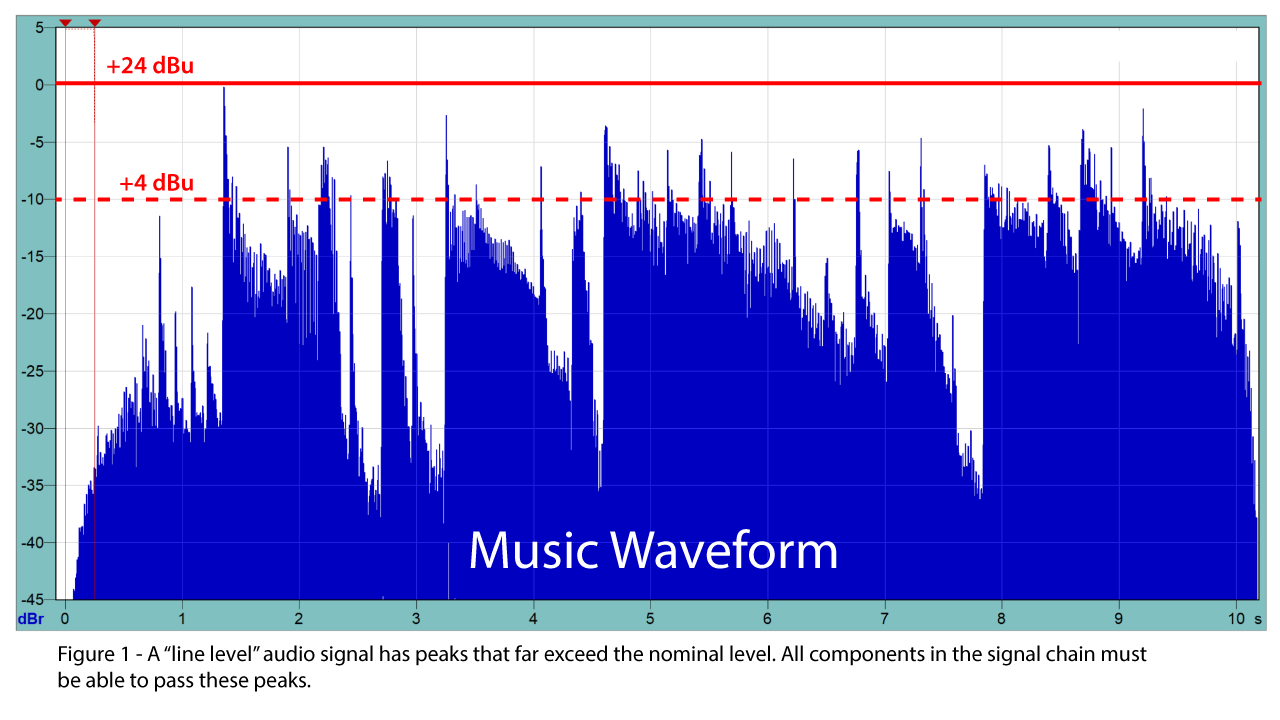 In a typical sound system the mixer is operated at +4 dBu, with 20 dB of “peak room” making the maximum output level +24 dBu. Most DSPs can handle this level without clipping. Most default to “unity gain” which means that the output level is the same as the input level. A problem shows up when we get to the power amplifier.  If its input sensitivity is +4 dBu, then the signal level from the mixer (or DSP) is 20 dB higher than what is required to drive the amplifier to its full output voltage. “No problem” you say, because the amplifier’s input can be desensitized by reducing the input attenuator by 20 dB – a “standard” gain structure practice. Now +24 dBu input (the level of the signal peaks) will cause the amplifier to reach clipping, and all is good. Or not.

Most assume that reducing the amplifier’s sensitivity by 20 dB allows the amplifier to handle 20 dB more input voltage. That’s how it should work, and it used to be a common practice. This is no longer necessarily the case, and it can lead to serious gain structure issues in modern systems. An increasing number of power amplifiers have input stages that clip at or near +4 dBu, regardless of the sensitivity control setting. So, even if you turn it down to avoid output stage clipping, the input stage is overdriven by a true line level signal, one whose signal peaks approach +24 dBu.

There are several possible remedies. I’ll start with the best solution and work down. 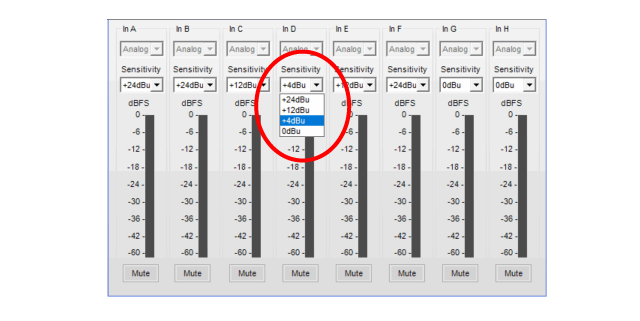 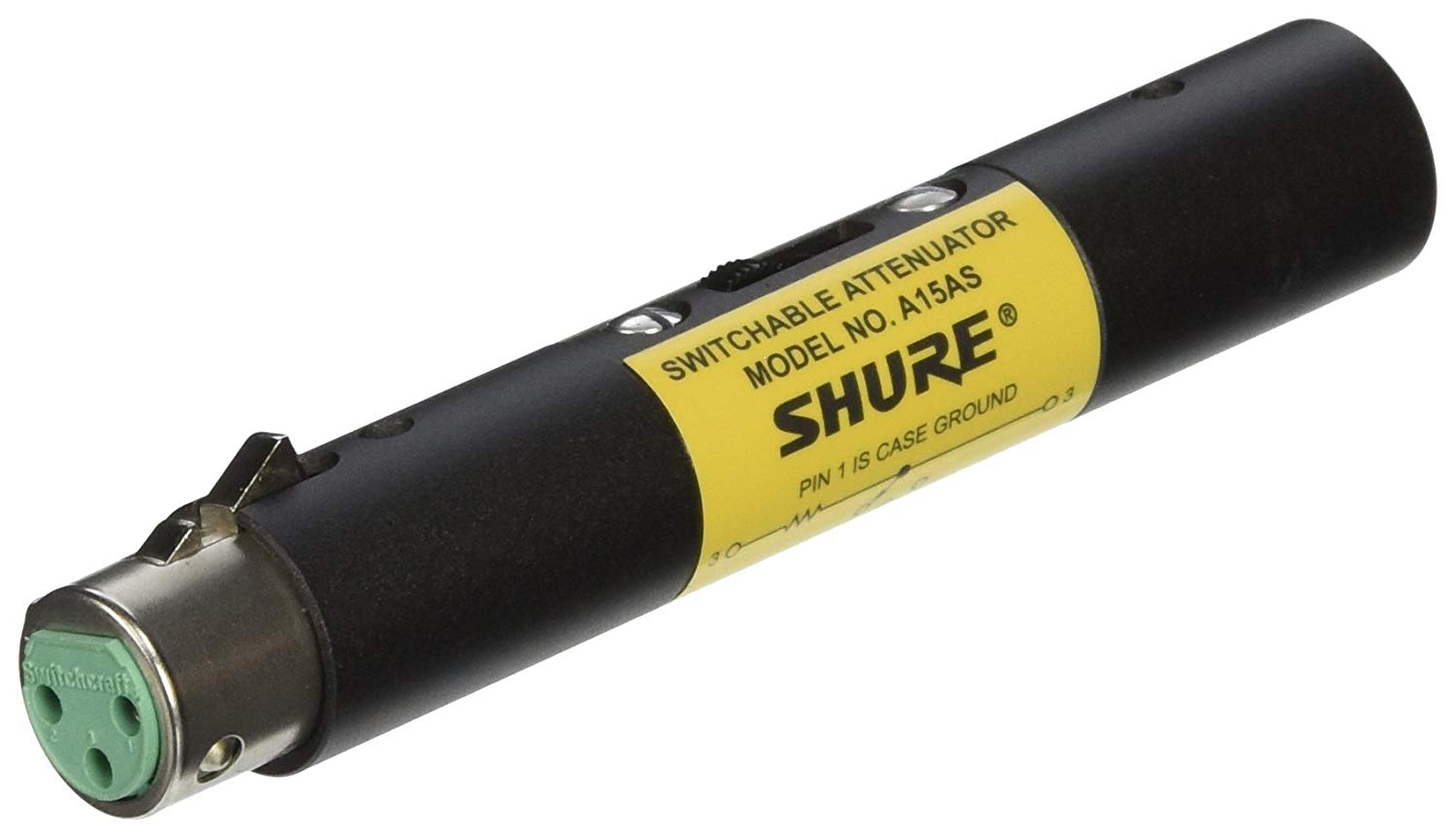 Figure 6 – A passive attenuator can be used to reduce the drive level to the power amplifier. 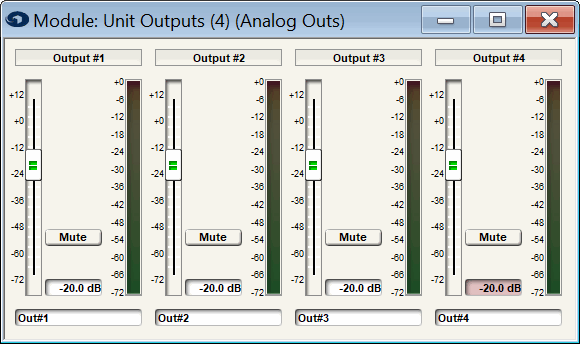 Figure 7 – The Symetrix Prism has precisely adjustable output levels, allowing the output voltage to be reduced to avoid clipping the power amp input. Note that reducing the output signal level may also reduce the signal-to-noise ratio. 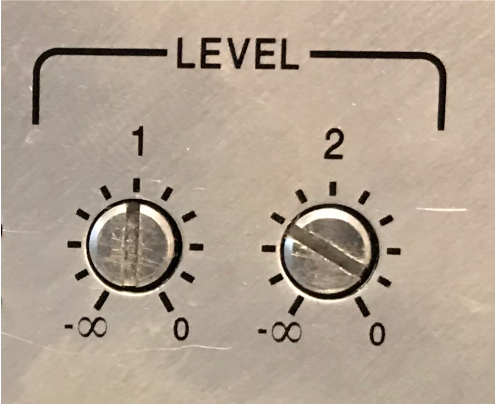 Figure 8 – Trim pots can control the gain of the power amp, but it may still be possible to overdrive the input circuit. Achieving the same trim setting for multiple amplifiers is tedious.

Figure 9 – The master faders of this Digico mixer must be reduced to avoid overdriving the power amps. Note that the output level must be kept below -20 dBFS.

And finally we come to the “main street” solution to the problem. Run the DSP at “unity,” max out the amplifiers, and set the house SPL with the mixer’s output fader. Yes, we get sound, but this sacrifices SNR in both the mixer and the DSP, and applies maximum amplifier gain to a compromised signal.

Some will think I’m being nerdy in pointing out this problem, and some do not even see it as being a problem. We’ve gotten so used to non-optimal gain structure in sound systems that we not only live with it, we expect it. That’s fine. Everyone still gets paid. But anyone paying attention should be bothered by a problem like this existing in a modern technical system. We have audio components that are intended to form a system with incompatible signal levels – mixers that output +24 dBu (or higher), and amplifiers that can’t handle it. The fix is a laundry list of work-arounds that are needed to produce functioning sound systems.

It’s no wonder that IT people find audio confusing.   pb