Is a power rating for the sales force or for the system designer?

“One number” power ratings for both loudspeakers and amplifiers are now accepted at face value and seldom questioned. Large numbers are tossed around, often without details as to “why” the product has a particular rating. This has caused an escalation in rated values that in some cases are laughable. It is a good exercise to walk through an example case to better understand how to interpret a loudspeaker power rating.

It was determined by measurement that the maximum input voltage Emax to a loudspeaker is 20 Vrms (IEC noise) for 3-minutes duration. This is a “limit” rating, and can be taken “as is” or expressed as a power rating. There are two equations for determining the power rating (Fig. 1). The first requires knowledge of the voltage and the impedance (simplified to an equivalent resistance). The second requires knowledge of the voltage and the current. 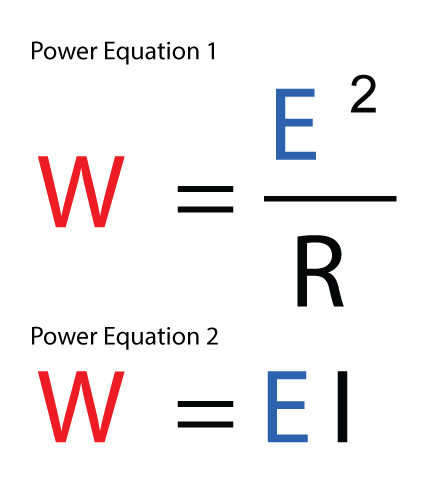 Equations 1 and 2 – Power calculations from voltage, current, and resistance

Figure 1 (top plot) shows the impedance magnitude (Z) curve for the loudspeaker. The bottom plot shows the 1/3-oct average as displayed in the Common Loudspeaker Format viewer. What is the value of the impedance? There are three possibilities. 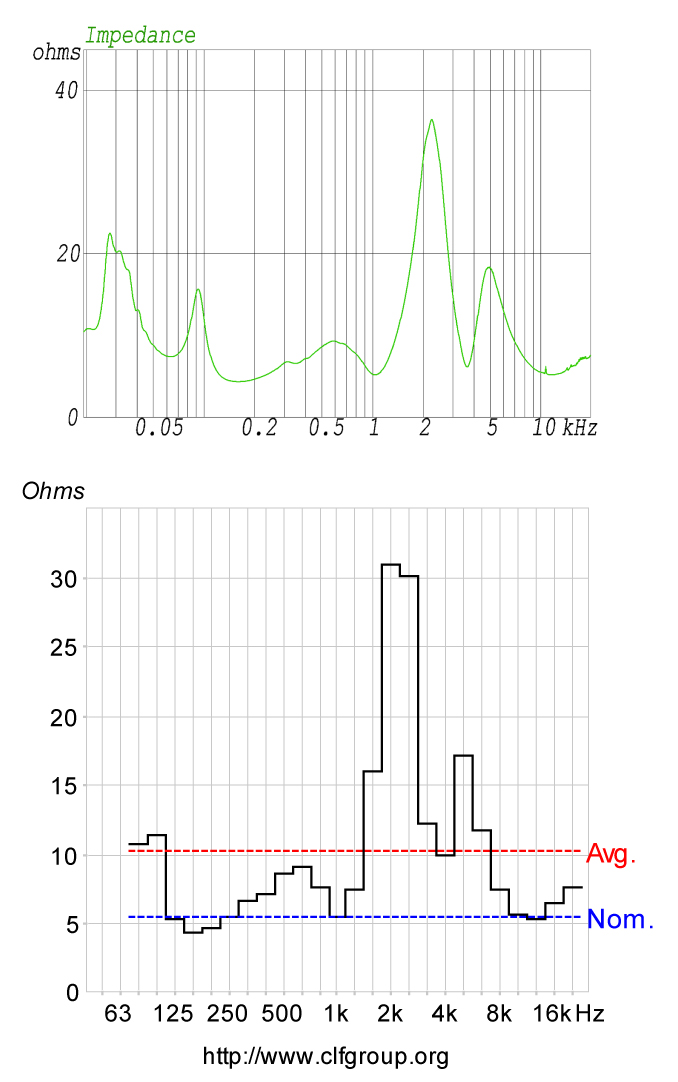 Figure 1 – The impedance plots of the loudspeaker

Which impedance should be used to calculate the rated power?

Power Based on Current Draw

Next, I used a current shunt to measure the actual current flow at Emax. Figure 2 shows both the measured amplifier output voltage (20 Vrms) and the voltage across the current shunt (194 mV) at Emax. The shunt resistance is 0.1 ohms. From ohm’s law (I = E/R) the current is 1.9 amperes. The power rating, using the second power equation, is 40 watts. 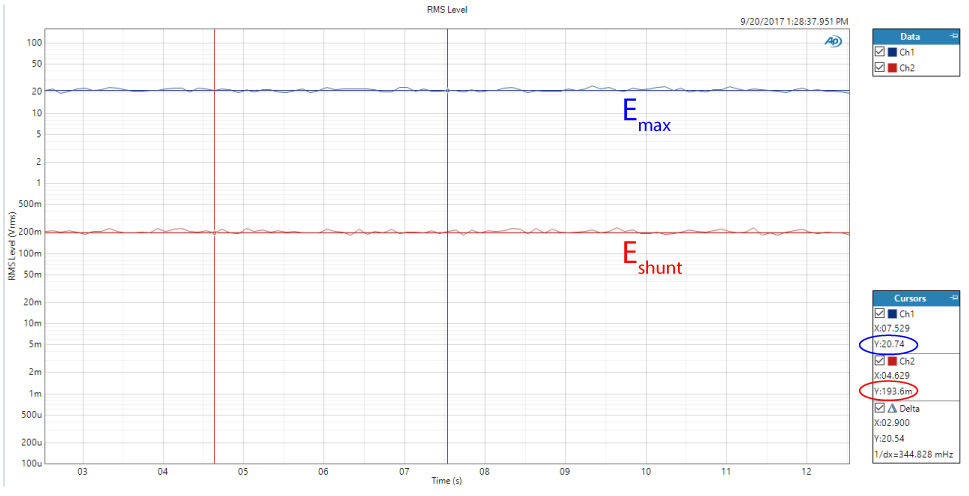 So, for broad band program material, the amplifier sees the average impedance of the load. For a narrow band signal, such as a sine wave, the amplifier can see any value on the impedance curve. The purpose of Zrated is two-fold:

Note that the common denominator between the power calculation methods is Emax. It is measured precisely and cannot be disputed. Expressing it as a power rating ushers in ambiguity. A loudspeaker power rating is only useful if Emax can be calculated from it (Equation 2). There is marketing pressure to publish the highest possible power rating. There is a penalty in the marketplace for publishing a conservative power rating. This can lead to some major problems for end users. Let’s consider some scenarios.

The manufacturer uses Zmin to calculate the power rating (91 watts) and rounds Zrated to the nearest common value (8 ohms). If the end user calculates Emax from these two values they will get 27 Vrms. This will exceed the loudspeaker’s thermal limit and likely result in damage.

Zrated is used to calculate the power rating (72 watts). The power amplifier GUI allows the power output of the amplifier to be monitored in real time. The end user drives the loudspeaker to 72 watts. This puts 27 Vrms across the loudspeaker, again exceeding Emax.

In addition to the power rating, the manufacturer publishes Emax. When the system is commissioned, the technician configures an RMS limiter in the amplifier to engage just below this value. The maximum possible SPL is achieved, and the loudspeaker is in no thermal danger.

The loudspeaker in this study can handle 20 Vrms of IEC noise for 3-minutes. Regardless of the power rating, the Emax is 20 Vrms. Converting the Emax to watts requires the use of an impedance value. Since the impedance is somewhat arbitrary, so is the resultant power rating. Incorrect assumptions on the part of the end user can easily result in overpowering the loudspeaker.

The power rating for an amplifier or loudspeaker is a concise way of representing the performance characteristics of a product. Both involve voltage, current, impedance, and time. The power equations allow these parameters to be expressed concisely as a single wattage value. This is fine, so long as sufficient information is given to run the math in reverse to harvest the original voltage, current, and impedance values from the rating. This is seldom the case, and the result is a ratings arms race to sway the buying public. We will continue to lobby for good engineering practices for establishing meaningful power ratings for audio products. pb