I first encountered mechanically adjustable pattern control in a Shure 2-way loudspeaker some 20+ years ago. I recently encountered it again when profiling a loudspeaker for Live Sound International. The Outline miniCOM.P.A.S.S. is a line array element with integral active electronics.

The vertical pattern is typical of line array boxes in general – broad at the LF end of the spectrum with increased narrowing with increasing frequency. Figure 1 shows the vertical angle vs. frequency for a single element. A line array achieves its vertical radiation pattern control through interaction of the loudspeakers. By design this interaction is minimized in the HF response by the very tight pattern of each device, and maximized in the LF response by the very broad pattern of each device. Long arrays are capable of achieving LF pattern control when a sufficient array length has been established. 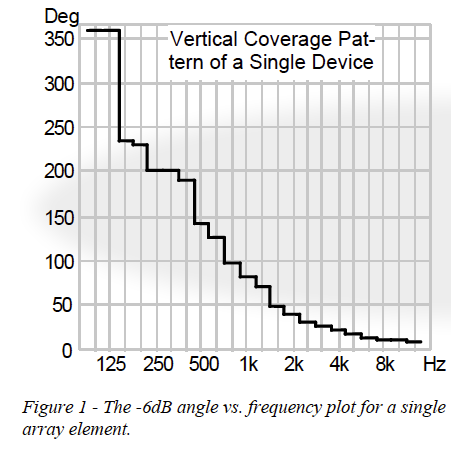 The horizontal pattern is where it gets interesting. The side walls that control the HF radiation are hinged and pivot to four different stops – 75deg, 60deg, 45deg and 30deg. The left and right side walls can be adjusted individually, allowing asymmetrical patterns. The adjustment can be made in situ and without tools. Figure 2 shows the horizontal angle vs. frequency for each of the settings, overlaid on a single plot. A switch on the back of the loudspeaker changes the signal processing for each setting, allowing the axial sensitivity to remain flat. Figure 3 shows the difference between the settings (75deg as reference), and the axial transfer function magnitude for each setting (mechanical as well as processing). Page 7 shows some coverage maps for each setting. pb 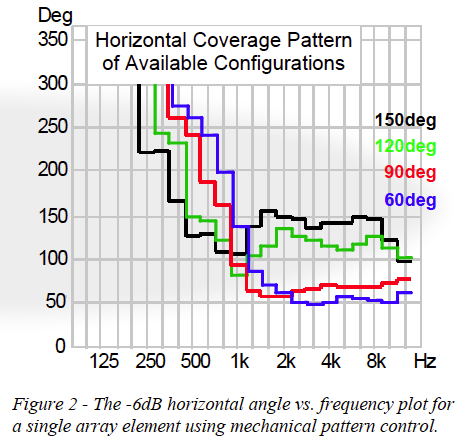 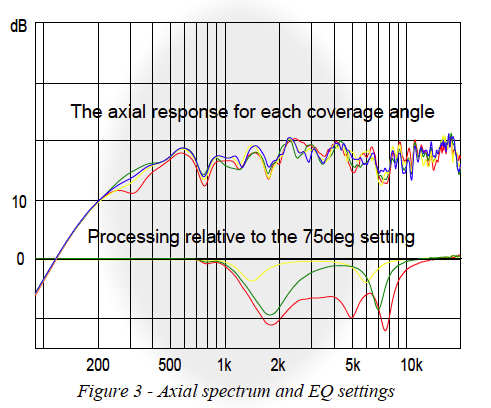 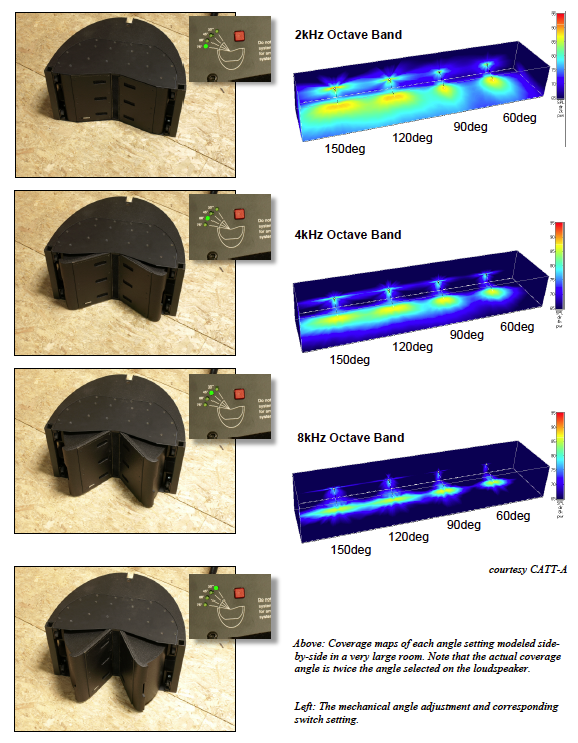