Pat Brown does several audio measurements comparing an iPod with an Iphone.  The differences will surprise you.

Last month I published some impulse responses of the iPod Nano and iPhone. This month I will post-process these into some familiar response plots commonly used by audio people. The contrast in the responses of these two popular devices can shed light on how to interpret the various data displays used by measurement programs.

Figure 1 shows the impulse response of each device. The Nano is a near-perfect pulse and the iPhone is quite smeared in time. While one can’t know what is causing this extreme phase response, we can certainly know that it is occurring. 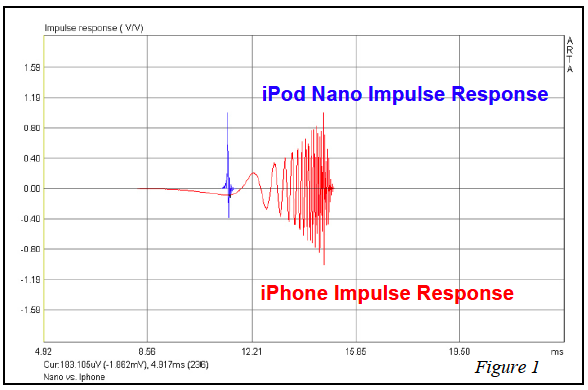 Figure 3 shows the group delay. A pure delay is a horizontal line. A sloped line indicates frequency-dependent delay, and is the reason for the iPhones smeared impulse response. 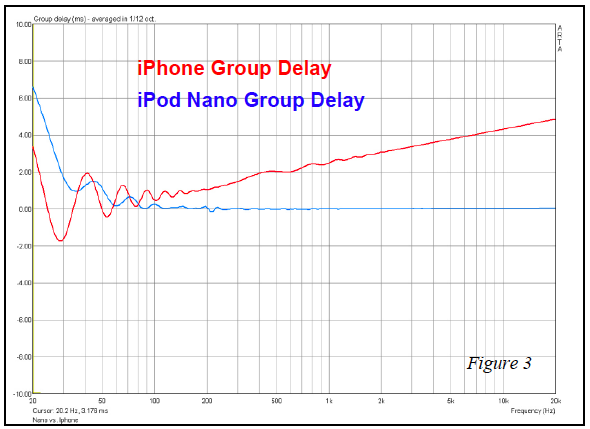 Figure 4 is the phase of the frequency response. Again, the goal is a straight line, and the Nano does well. Note that a phase response is always relevant to a time reference. I chose the leading edge of the iPhone impulse response for this reference, which produces a negative phase angle with increasing frequency. 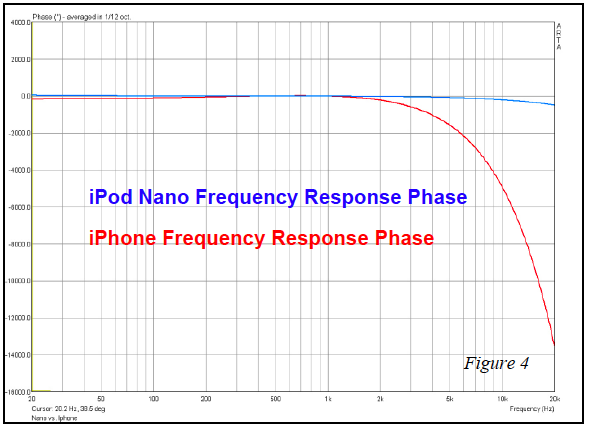 Figure 5 is the square wave response of each device, made by creating a square wave in Audacity and convolving it with the impulse response of each device using GratisVolver. The specifics of square wave behavior were covered nicely by Charlie Hughes in a previous newsletter, and this article is available from the Syn-Aud-Con website. A device with flat phase response can pass a square wave with minimal deformation, and can therefore preserve the shape of a waveform applied to it. The need to preserve wave shape has been hotly debated and is considered to be important by many. Again, the Nano does well (not perfect since it is a band-limited system) and the iPhone does not. 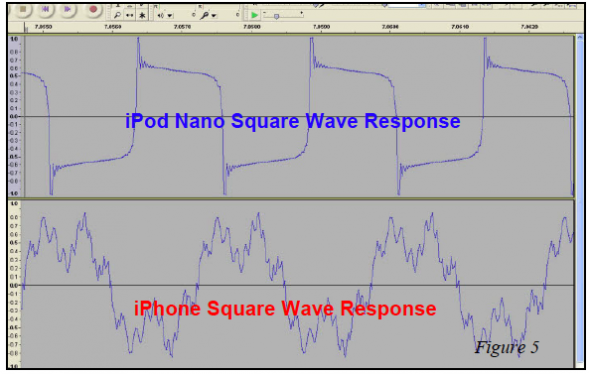 One might conclude from the data that the iPhone produces a lousy listening experience. Interestingly, it does not. It actually sounds fine. I did some Google-ing to see if anyone was complaining, and didn’t find any gripes in user forums. One guy actually thought his iPhone sounded better than his iPod Video. What does this mean? The sensitivity of humans to phase response is subject of ongoing debate. It seems like it should matter, and audiophiles pay lots of money to have good phase behavior. While I would not dismiss the importance of phase, I would suggest that it is not as important as the magnitude of the frequency response to the listener. Those who have investigated “flat phase tunings” and prefer FIR digital filters report that they perceive some sonic benefits. It’s amazing that a wave shape can be completely altered by passing through a device yet the ear/brain system can reconstruct it faithfully.

One definite ramification of the iPhone’s time behavior is that it shouldn’t be used as a sweep source for impulse response gathering, as the resultant IRs cannot be evaluated for polarity of the direct arrival or the phase response of the direct field produced by a loudspeaker.

The measurements for this article were made by:

The IRs were opened and post-processed using the Arta measurement program. The square wave response was is displayed in Audacity. pb

Collecting Binaural Data for Recordings - Accuracy vs Realism
Error Sources in Loudspeaker Data
How to extract an impulse response from a recorded sweep?
Real-World Reverberation - PureVerb™
Loudspeaker Pairs - How Close Are They?
Large Room Acoustics