Measuring the far-field criteria for large devices is different than small devices.  In this article, Pat will give you some things to consider as well as guidelines.

The most common reference distance for loudspeaker SPL specifications is 1 meter (3.28 feet). The choice is one of convenience – any distance will do. The 1m reference simplifies distance attenuation calculations by eliminating the division required in the first step:

Loudspeakers must be measured at a distance beyond which the shape of the radiation balloon remains unchanged. The changes are caused by path length differences to different points on the surface of the device. These differences become increasingly negligible with increasing distance from the source, much in the same way as any object optically “shrinks” as the observer moves to a greater distance. The distance at which the path-length differences become negligible marks the end of the near-field and beginning of the far-field of the device.

An infinitely small source (a point source) can be measured at any distance and the data extrapolated to greater distances using the inverse-square law without error. A very small loudspeaker might possibly be measured at 1 meter, but for larger loudspeakers it’s a different story.

For large devices, the beginning of the far-field must be determined, marking the minimum distance at radiation parameters can be measured. The resultant data is then referenced back to the 1 meter reference distance (Figure 1) using the inverse-square law. This calculated 1 meter response can then be extrapolated to further distances with acceptable error. 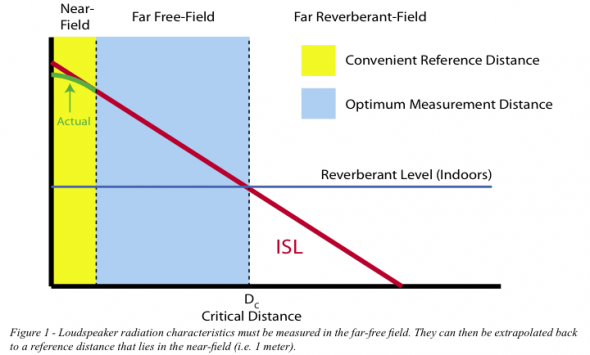 Fig. 2- The figure show the path length difference to the microphone position for a loudspeaker whose largest dimension is 2 feet. Note that even though the transducer is smaller than the cabinet face, the entire front baffle of the enclosure can radiate energy. Attenuation balloons for this loudspeaker can be measured up to 17kHz at 9 meters. The upper practical limit for loudspeaker modeling is 10kHz.

A working “rule-of-thumb” for determining the boundary between near-field and far-field is to make the minimum measurement distance the longest dimension of the loudspeaker multiplied by 3. While this estimate is generally acceptable for field work, it ignores the frequency-dependency of the transition between the near and far fields.

More accurate estimates of the far field are found to be:

Consideration of any of these definitions reveals that the far-field is wavelength (frequency)-dependent.

As previously stated, the need to measure loudspeakers in their far-field arises when it is necessary to project the data to greater distances using the inverse- square law, which is exactly what acoustic modeling programs do. If this is not the purpose of the data, then measurements can be carried out in the near-field. The resultant data will be accurate for the position at which it was gathered, but will be inappropriate for extrapolation to greater distances using the ISL.

It is often thought that a remote measurement position is necessary for low frequencies since their wave- lengths are long. Actually the opposite is true. It is more difficult to get into the far-field of a device at high frequencies, since the shorter wavelengths make the criteria in Item 4 more difficult to satisfy.

The most challenging loudspeakers to measure are large devices that are radiating high frequencies from a large area. The near-field can extend to hundreds of feet for such devices, making it impractical or even impossible to get accurate balloon data with conventional measurement techniques. Alternatives for obtaining radiation data for such devices include acoustic modeling and Acoustic Holography – a technique pioneered by Duran Audio. David Gunness of EAW has authored several important papers on how such devices can be handled.

Passive line arrays (i.e. Bose MA12™) are among the most difficult devices to measure, especially when used in multiples. Each device is full-range, so the path length difference between the middle and end devices can be quite large. A compromise is to measure the radiation balloon of a single unit and predict the response of multiples using array modeling software. Equally difficult are large ribbon lines and planar loudspeakers, again due to the large area from which high frequency energy radiates.

It would appear that all that is necessary is to pick a very large measurement distance. While this solves the far-field problem, it creates a few also. They include:

Large measurement distances are possible if the above problems are solved. A large aircraft hanger with a time windowed impulse response represents a good way to collect balloon data at remote distances.

Our chamber at ETC, Inc. allows measurement out to 9 meters (30 feet). This is an adequate distance for the majority of commercial sound reinforcement loudspeakers, but not all of them. The loudspeaker rotator is portable, so devices that cannot be measured at 9 meters are measured in a very large space at a distance out to 30 meters (100 feet). A time window provides the required reflected-field rejection. Determination of the required measurement distance is made on a case-by-case basis after considering the device-to-be-tested. 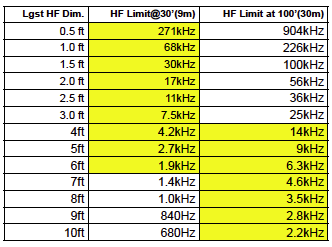 Fig. 3 – The upper frequency limit for two measurement distances based on the size of the HF radiator.

Using the above criteria for the far-field, and fixing a measurement distance of 30 feet (9m), the highest frequency balloon possible for different size devices can be determined (Figure 3).

Note that this is the largest dimension of the HF device. If the far-field condition is met for it, it will typically be met for all lower frequencies.

The far-field prerequisite for loudspeaker attenuation balloons must be met to allow the data to be projected from one meter to listener seats with acceptable error. The condition is easily satisfied for physically small devices, i.e. bookshelf loudspeakers. Since sound reinforcement loudspeakers are often physically large, there exists a highest frequency limitation in what can be measured at a fixed measurement distance. Ideally, data for which the far-field criteria is not met should be excluded or marked as suspect on specification sheets or within design programs. Usually it is not, so the user must use some intuition in HF modeling of sound coverage in auditoriums. pb 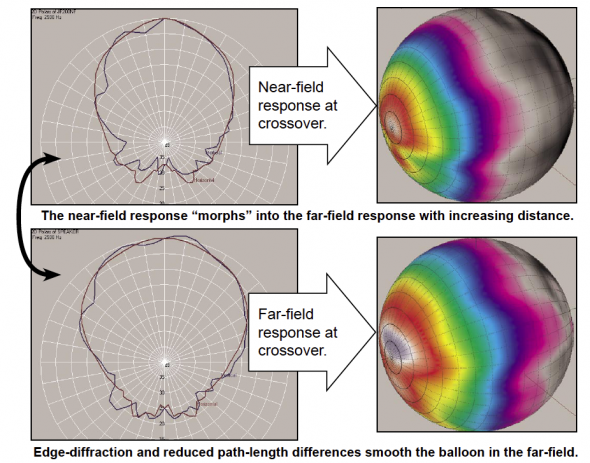